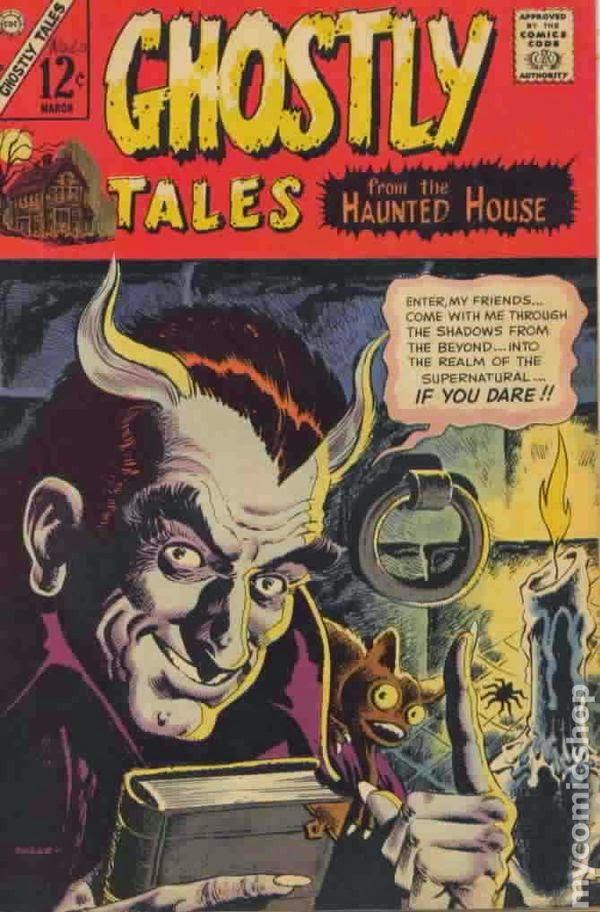 When I was a youngster just starting to collect comics, some of the first books I had was…Spider-Man. Yep, I loved the ol’ Webhead, him and the Fantastic Four. I must have had twenty or thirty of those Marvels in my special comic book box (it had handles!). One day, I decided to go back and read some of those old comics from the year before, when I noticed something strange. My box had extra comics in it. These comics were different than anything I had ever seen. They were from companies called Gold Key and Charlton. They were ghost stories and monster stories.

I was just a kid. I didn’t remember buying them. I didn’t have any money anyway, so I couldn’t have bought them. My parents claimed that they didn’t buy them. Surely they were putting me on. It seemed like the comics just magically appeared. Nevertheless, I enjoyed them tremendously, and read them over and over until they were nearly shreds of pulp.

Not long after that, I was sitting in the waiting room of an auto garage with my mom while she had some work done on the car. I was so bored. There was nothing to do but pester Mom about buying me a candy bar from the vending machine. The news on the TV was mind numbing. Finally, she told me to come sit down and read a magazine.

What?? I had been through that stack of boring torn up magazines several times, and I had not seen any sign of a comic book. Yet, here was a perfectly good Ghostly Tales, just sitting there waiting to be read. Incredible! It was like magic.

Many years later, I decided to introduce my young nephew to the wonders of comic books. I pulled out an old well read stack of comics from my collection. It was a well rounded selection, including some magical Charltons, of course. Well, you should have seen the look in his eyes when he started shuffling through the stack. Finally, he locked onto a book that caught his attention, and you’ll never guess what it was. That’s right… Spider-Man.

Oh, well, the more things change, the more they remain the same. My guess is that once he goes through all the Spideys a few times, he will give the pile another going over and magically discover a whole new world, including Charltons old and new.
© Dave Noe
Posted by Paul Kupperberg at 6:54 AM