She’s Off to See the Wizard (World Convention) 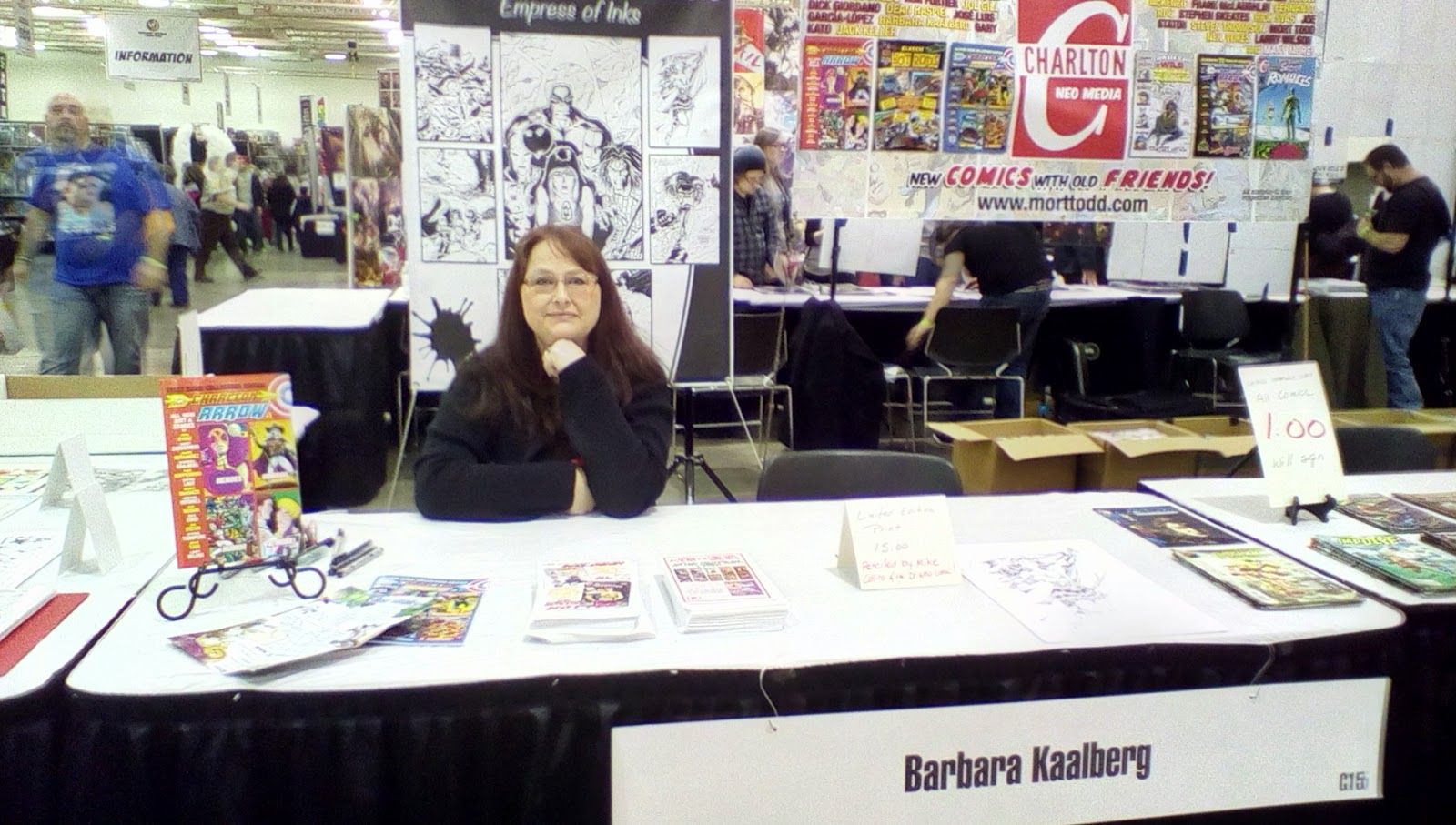 Wizard World Madison (Wisconsin) was a hit! I haven't had a table at a convention for years, but when Wizard came to me and asked if I would be interested in being a guest at the first ever WW Madison, I jumped at the chance to promote Charlton Neo.

I was in kind of a panic, however, because while I did have a great Neo banner and a couple of thousand Neo flyers to hand out, I hadn't done much of note in the last few years of my own to promote and I had an eight-foot corner table to fill! I scrounged around in my studio and came up with twenty-five years worth of comp copies for books I had worked on, around forty-five interiors of pages I hadn't sold to auction houses through the years, plus bits and bobs of this and that. I threw it all in with the Charlton banner and one of my own (for “The Empress of Inks”)...I even threw in a box of twenty-five years worth of Xerox copies of pencils that I had saved for no apparent reason. I ALWAYS use to make copies of the pencils before I started inking in case I did something stupid, like spill my coffee on the original pencils. Originally, I’d planned to toss the Xeroxes out but decided, instead, to throw them in a box and just put a sign on it that said, "So You Want To Be An Inker? FREE Copies of Pencils (minimum two per person) To Practice, Practice, Practice." 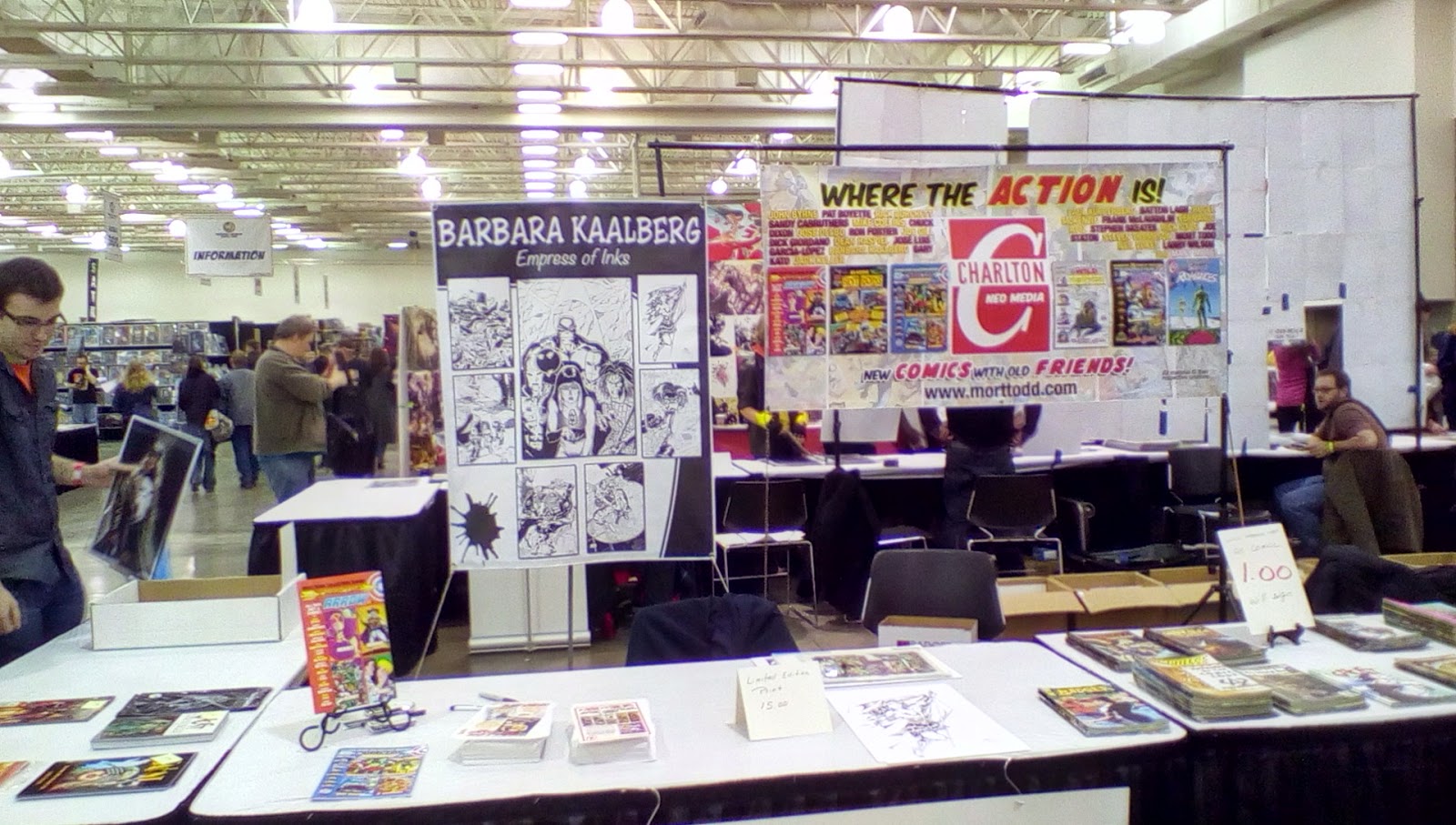 The traffic those free copies generated past my table was amazing! Several people thanked me profusely for the idea of giving the copies away. People paused to dig through my box of freebies and then browsed my table for sale items. It also gave me the chance to give my Charlton sales pitch. 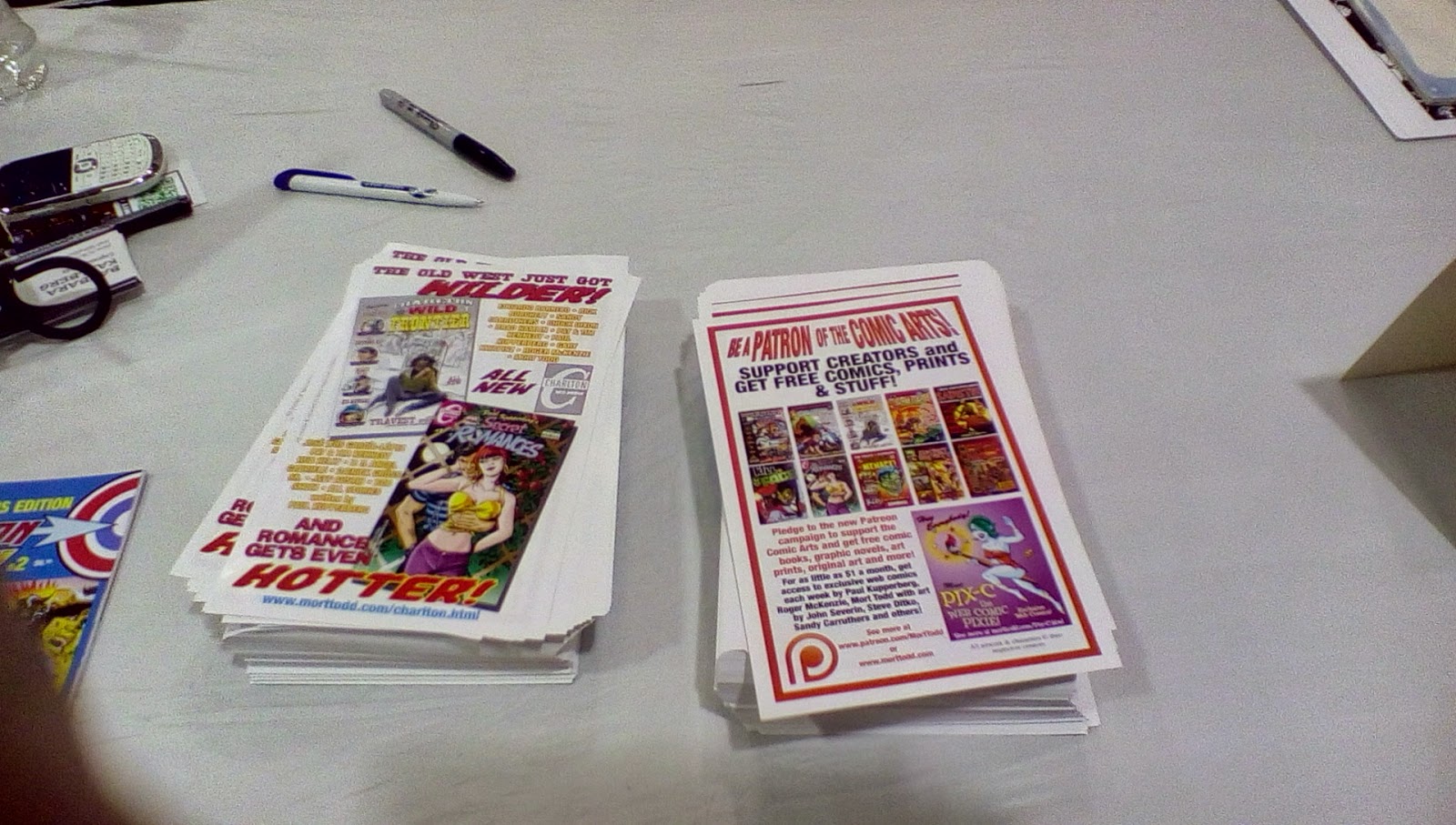 I did very, very well. The one thing I wish that I had more of was comics for little kids. I had some Barbie comics that I had done for Marvel back in the 90's, some The Mask from NOW Comics, some Godzilla from Dark Horse, Wonder Woman from DC (another big favorite!), and a few odds and ends.  The Barbie comics were gone within two hours on the first day. Little girls and adults both wanted them. People kept coming up to me and saying, "Someone told me you had Barbie comics. Do you have any left?"  The big thing I noticed was whole families turning out for the con, a lot dressed in family friendly cosplay, but the little ones were having a hard time finding stuff for themselves! Children’s comics, girls comics, funny animal comics, and humor comics would have flown off my table had I had them. This gives me great hopes for a future Charltoons book!

I also had a very, very positive response to the news that Charlton has re-booted under the Charlton Neo name. A lot of enthusiasm for non-traditional comics was expressed. I came home with only a handful of unsold comps and two pages of original art left. Very successful con. All it cost me was gas money and my time. I even got to sleep in my own bed that night.

Win!
© Barbara Kaalberg
Posted by Paul Kupperberg at 6:01 AM