Writer In Progress 2: It's the Structure, Stupid!

When last we saw our intrepid Writer in Progress, I was writing the story that would become a full blown comic book script. Well, I may have misspoken. When I say “story,” what I mean is a brainstorm of the events that will take place in the arc, put into chronological order, with whatever pieces of dialogue, particular scenes and motifs that are germane to the tale. It certainly is not a full blown short story, ready for submission to a literary journal. The “story,” as I see it, is the basic material I’ll use for the eventual script. But it’s always missing something, and that something is structure.

I must confess – I am a structure junkie.  I always felt my ideas were good, but it wasn’t until I started studying story composition and screenwriting that I discovered how much fun writing within defined borders could be. This is why I have gravitated to writing comic books, which, while having the unlimited budget of imagination also have some of the most stringent physical constraints of any medium.

When it comes to structuring the story, I put the draft through two filters: The Three Act Structure and The Hero’s Journey.

The Three Act Structure is the tried and true Rosetta Stone of screen writing, and what it does is give your plot cohesion, rising action, and a resolution.  It looks like this:

I call Step 9 “Final Page” instead of “Denouement” because I don’t want my story to have Lord of the Rings Disease, where the story is really over but there’s another hour of Hobbits crying that the audience has to sit through. When it’s done, it’s done.

Once I know that the story has all these elements, I then worry about character, which brings me to Joseph Campbell’s The Hero’s Journey:

If you compare The Three Act Structure to The Hero’s Journey, you’ll notice that they overlap, but The Hero’s Journey is much more concerned with the Hero, hence the name. It’s important to note that The Hero’s Journey does not have to happen in the order stated above. “Meeting with the Mentor” could easily happen during the “Test, Allies & Enemies” portion, at the beginning of Act 2.

What is important is that every part of these two structure templates serves the character and the story you want to become your comic book masterpiece.

So now that you have a well structured tale and a compelling hero to put through the ringer, how do you turn this into a comic book script?

Next Week – Breaking It All Down For A Four-Color World

Further Reading (or, Books That Make Me Seem Kinda’ Smart)
The DC Comics Guide to Writing Comics by Dennis O'Neil 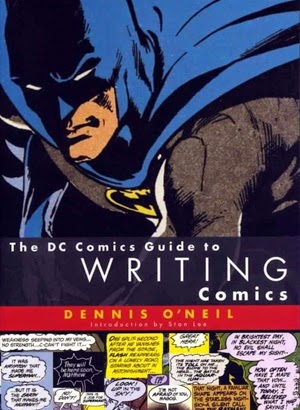 © Derek Adnams
Posted by Paul Kupperberg at 6:57 AM