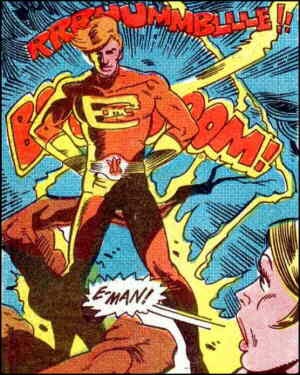 E-Man has a very special place in my memory, shared by only a couple of other titles (Freedom Fighters and Secret Society of Super Villains). For many years it represented a very specific time and place in my life that was both exciting and scary.

E-Man wasn’t sold in my area. At least, I couldn’t find it, and as a poor farm kid, I didn’t have much opportunity to hunt for comic books. Just going to town was a real treat but, sometimes, there were unforeseen circumstances that offered unexpected opportunities.

We were pretty young when it happened and my parents didn’t talk much to us about it. My mother had developed cancer and had to undergo treatment in a part of Missouri that was several hours away. My father, a quiet, hard working man, would be stuck in an enclosed hospital room with two young energetic boys who were used to running the hills and valleys of the farm. So he took to taking us to a barn-like structure that had vast unorganized rows of stuff laid out on low tables to pick out something that would help keep us occupied during the long hours of waiting.

I found a stack of comic books and with that, E-Man found me. I was hooked.

Three times, that first year, we took the pilgrimage. Three times we hit the barn store. Each time I came away with more issues of E-Man. Over the next few years we had to occasionally go back and the same comics were there for years! I ended up getting most of my E-Man collection from that discount store.

I never realized just how serious my mother’s condition was. We were just kids. I never understood the operation, the treatments, the check ups. I didn’t need to know the horror my parents were going through. But I was buoyed by fantasy, by some of my earliest experiences with comics, by Alec Tronn and Nova Kane. 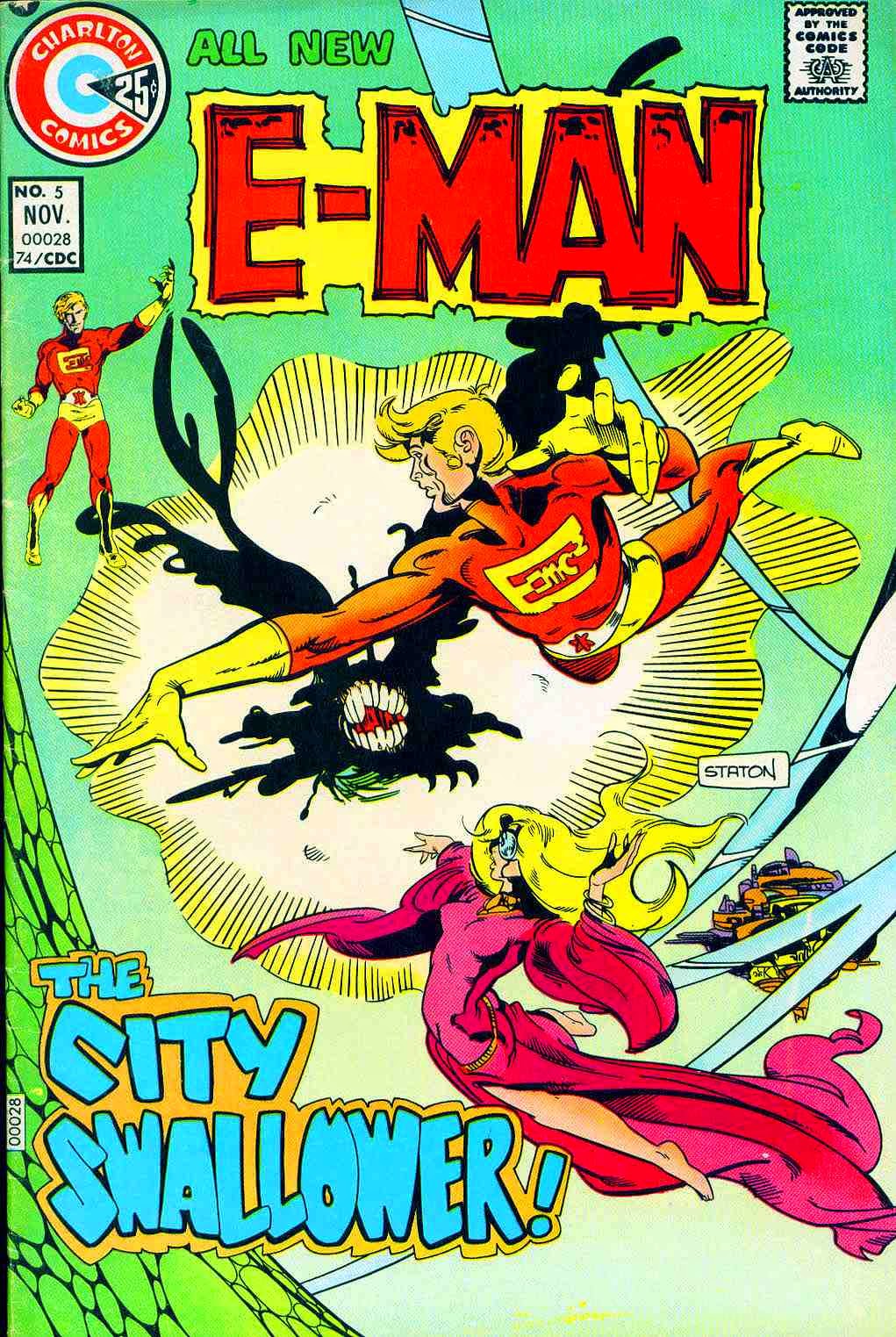 My mother survived and is still with us to this day, a testament to the then new and successful surgical techniques that are now standard. And I still read comics today, too, a testament to the superior writing and storytelling of all those involved with E-Man and its superb backup stories.

This memory wasn’t prompted by a trip through the long box. It was inspired by a website, The Charlton Arrow Facebook page, created by fans and pros in celebration of their memories and fondness for the old Charlton Comics. The website lead to the creation of a new comic, also called The Charlton Arrow.

But what happened next was even more amazing. They opened the submissions process to new and untested writers and artists as well to establish professionals, including many who had worked for the original Charlton.

But even that wasn’t what triggered my memory. That happened when the creators of E-Man, Nicola Cuti and Joe Staton joined the Charlton Arrow group. And they, and all the contributing pros, actively communicate with the fans and newbies. I don’t mean that they post statements and wait for the accolades to come rolling in. They engage in conversation with everyone, sometimes in private messages, sometimes about subjects that have nothing to do with comics. They tell inside stories. They provide tips and share their experiences, good and bad.

When I read those E-Man comics, I never thought that I would ever have the opportunity to speak to their creators, much less tell them the story of why their creation was so important to me and how it had touched my life.

Thanks guys!
© Dave Noe
Posted by Paul Kupperberg at 4:26 AM