The Little Comic Company That Could: Charlton Comics of Derby, Connecticut 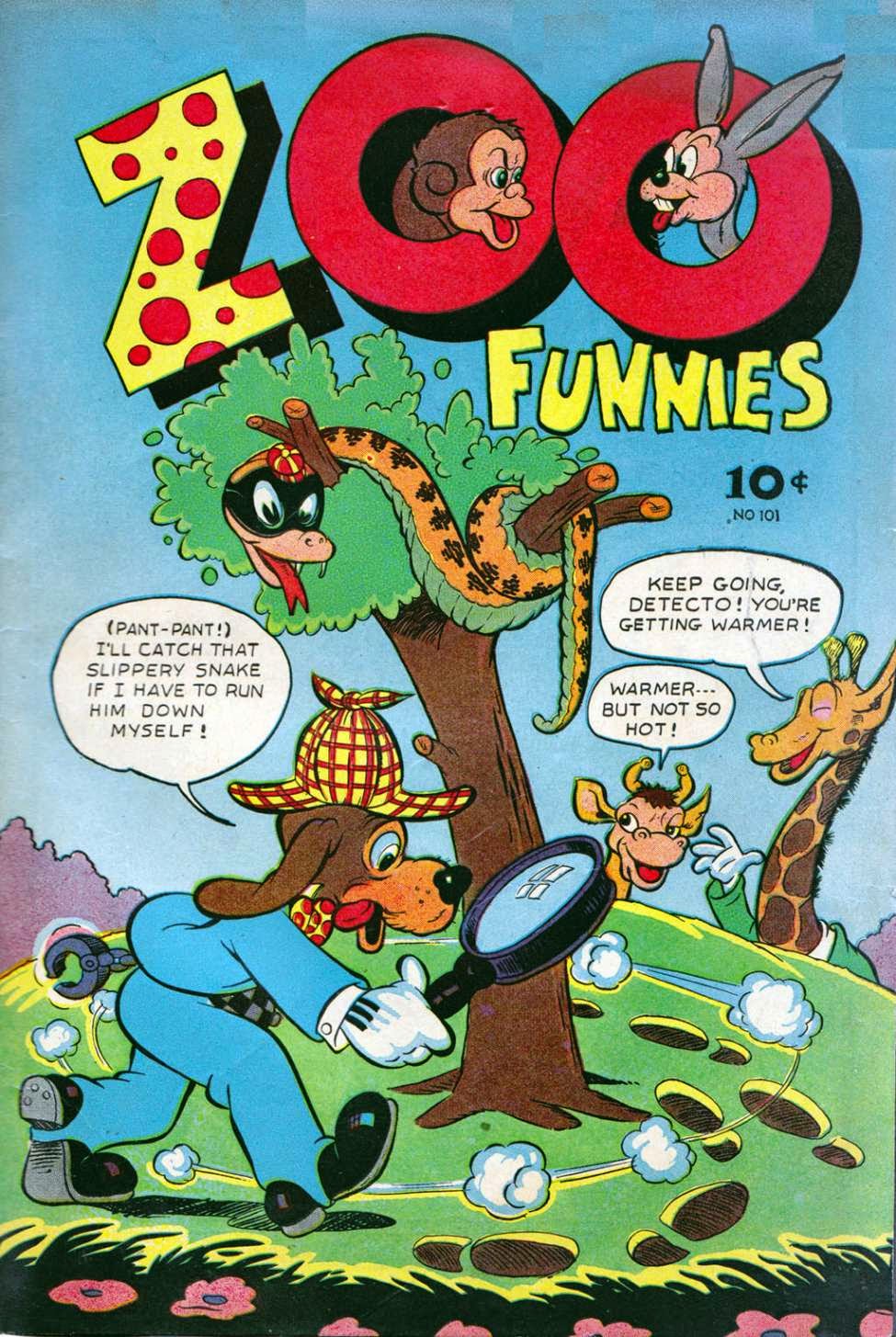 Talk about inauspicious beginnings. In 1934, song lyric magazine publisher John Santangelo, Jr. was sentenced to a one year jail term for copyright infringement, which he served in the New Haven County Jail. It was there that he met Waterbury attorney Ed Levy, convicted for his part in a local political scandal, and began a partnership that would, by 1946, lead to the creation of Charlton Comics, publishers of a wide variety of magazines (including Hit Parade and Song Hits, which featured song lyrics now legally acquired from music publishers), paperback books, and comic books through 1985.

Charlton Comics was never a top tier publisher, nor did they ever aspire to be. They were followers in the field, publishing titles in whatever genre happened to be popular at any given time. Located in Derby, Connecticut, they were unique among comics publishers for owning their own printing presses, which operated out of a four and half acre facility on Division Street. Charlton could create, produce, print, bind, ship, and distribute publications from this location, and they jumped into the comic book market more as a means of keeping their printing presses rolling than anything else.

The first comic published under the Charlton logo was the funny animal title Zoo Funnies (December 1945), although the company had begun producing comics as early as September 1944 with Yellowjacket Comics #1. For the next five years, Charlton Comics were produced by outside editors and packagers, most notably Al Fago, but in 1951 they decided to bring the comics operation in-house and hired Fago to oversee their growing four color empire. They also hired staff artists, including Dick Giordano, Vince Alascia, John D’Agostino, Sam Glanzman, Rocke Mastroserio, Bill Molno, Charles Nicholas, and Sal Trapani, and Joe Gill, who was arguably the most prolific writer in the history of the medium.

In addition to their own titles, Charlton also went on a binge of acquisitions, picking up the titles and inventories of several failed comics publishers, including the Fawcett Comics division, Joe Simon and Jack Kirby’s Mainline Comics, Superior Comics, and St. John Publications. Throughout the 1950s, Charlton followed the trends and the ups and downs of a comic book market that did not include much in the way of superheroes but relied heavily on horror, Western, funny animals, science fiction, war, romance, and hot rods.

But most fans today remember Charlton for the titles introduced at the height of the superhero/”Batmania” craze of the mid-1960s. Under the supervision of long-time staff artist, now managing editor Dick Giordano, Charlton’s “Action Heroes” were a total departure from what had come before and saw the introduction (or, in the case of Steve Ditko’s Captain Atom and Blue Beetle, the reintroduction) of a decidedly different stable of heroes, including the aforementioned pair by Ditko, as well as his Question, Peter (P.A.M.) Morisi’s Peter Cannon...Thunderbolt, Joe Gill and Frank McLaughlin’s Judomaster, Gill and Giordano’s Sarge Steel, and Gill and Bill Montes’ Fightin’ 5. Dick also brought in some new talent destined to leave their marks on comics, including writers Denny O’Neil (writing under the pseudonym Sergius O’Shaughnessy) and Steve Skeates, and artists Jim Aparo and Sam Grainger. 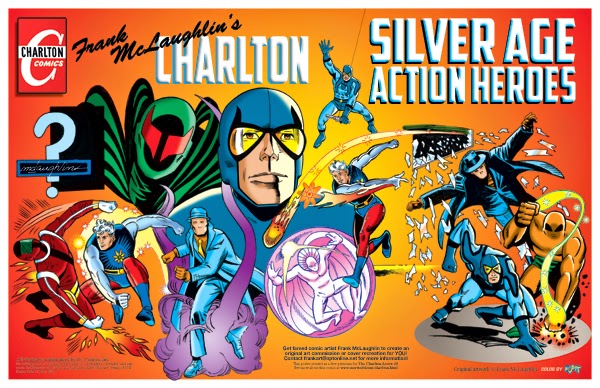 The Action Heroes didn’t last long. The line was canceled by the end of 1967, but they left an impression on fans and would be acquired by DC Comics in 1983, where Alan Moore would attempt to use them as the basis for his landmark series Watchmen; DC opted to spare these characters that fate and encouraged Moore to develop new characters.

Charlton Comics limped along with a mixture of horror, war, and romance titles, licensed properties and reprints (with a creative bump in the mid-1970s under editor Nicola Cuti that saw the introduction of his and Joe Staton’s E-Man and the influx of some new talent destined for bigger things, including John Byrne and Michael Zeck) until, with more of a whimper than a bang, they ceased publishing comics in 1985; parent company Charlton Publishing went dark in 1991, and the facility and its presses were demolished in 1999. Today, a strip mall sits on the spot once occupied by Charlton. 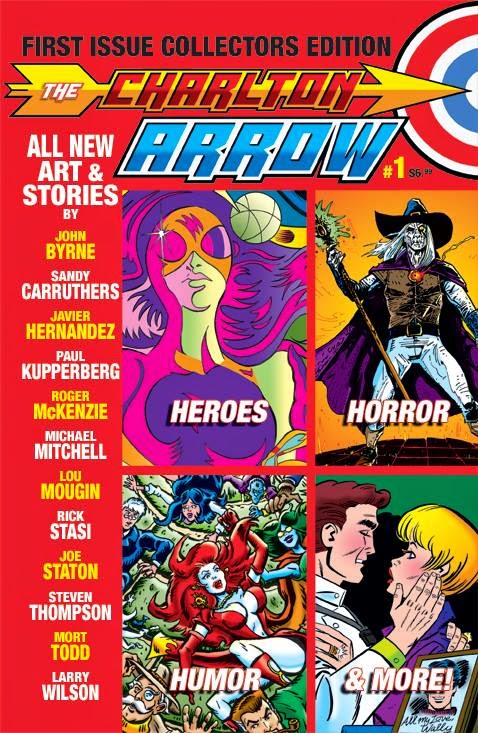 Still, the spirit of Charlton lives on in the hearts of its fans, who remember it fondly despite (or maybe because of) its badly printed publications on cheap paper and the even cheaper rates paid creators. There are fan sites dedicated to them (http://charltonlibrary.blogspot.com/), fanzines published about them (http://www.charltonspotlight.net/), and, as of July of this year, the first two issues of The Charlton Arrow (http://morttodd.com/charlton.html) have been published, featuring all-new stories and art based on or inspired by Charlton characters left to linger in publishing’s public domain, many by creators who once labored for Charlton, including John Byrne, Joe Staton, Steve Skeates, Frank McLaughlin, Nicola Cuti, Jose Delbo, and Paul Kupperberg.

The little comics company that could. Boy, could they ever!
Posted by Paul Kupperberg at 6:53 PM