Canadian artist Sandy Carruthers has been wowing comic book fans for close to thirty years. He is a veteran talent that Charlton Neo was honored to have come on board to help writer Roger McKenzie relaunch Spookman in The Charlton Arrow, and we’re even more delighted that his second feature for us, Spirit Talker, will be premiering in Charlton Wild Frontier very soon. Recently I got the chance to sit down with Carruthers to discuss his career, his love of comics in general and the difference between American and Canadian superheroes. 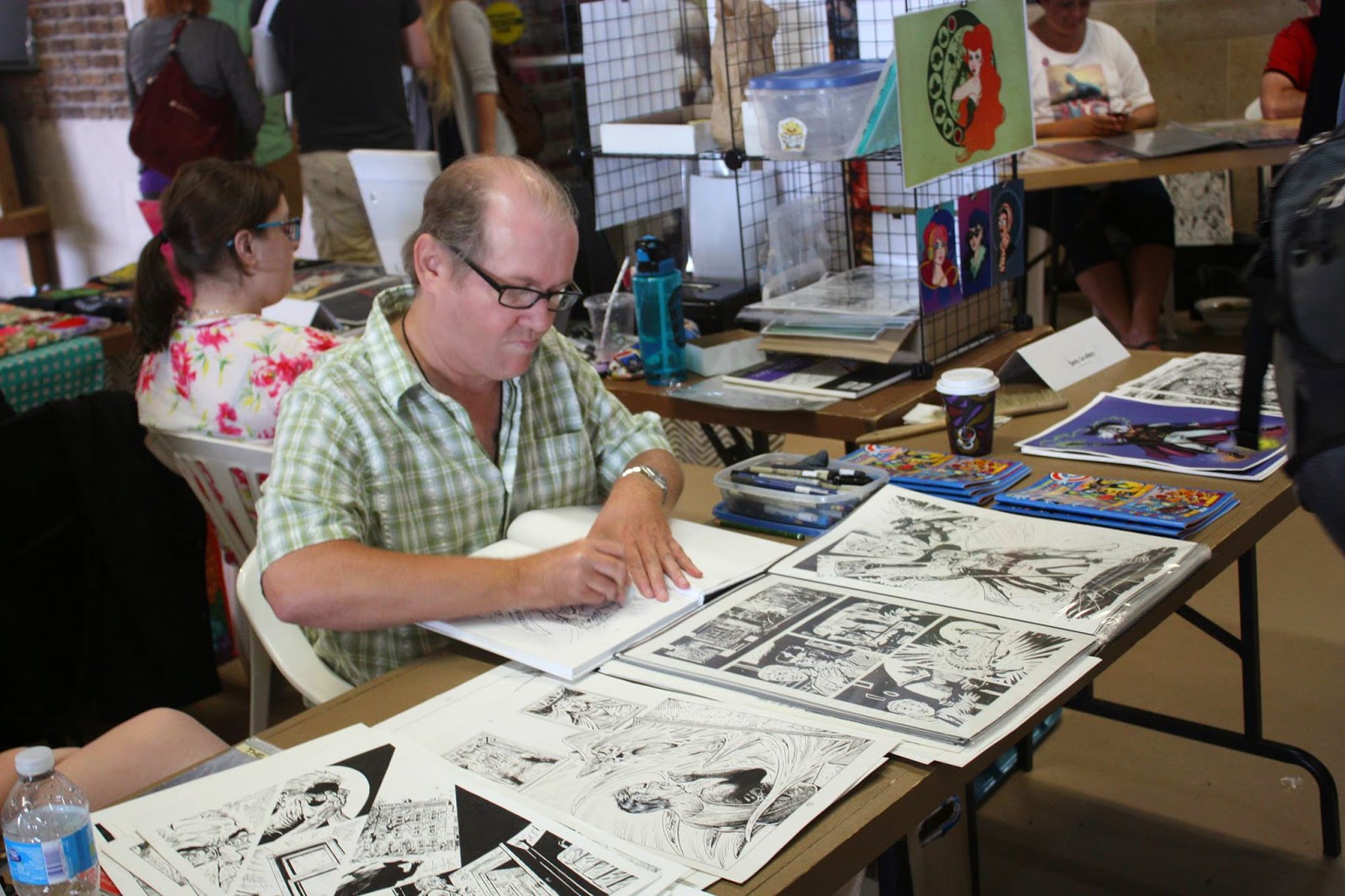 Dan Johnson: What got you into art and comics in particular?

Sandy Carruthers: Essentially, I have to say my very first exposure to comics was when I was four and saw Batman on TV. It led me to a crazy appetite for comics. My Dad would always bring home books for me. He introduced me to MAD, Superman, Classics Illustrated, Charlton, and Heavy Metal, when I was old enough. He never read them, but saw I had an interest, and would ply me constantly. A science fiction reader, I think he understood the fascination, and realized it was more than a reading thing. Especially when I started drawing all the time.

Johnson: Who were some of your earliest influences from the world of comics?

Johnson: What about artists outside of comics?

Johnson: You studied at the Joe Kubert School via a correspondence course in its early years. Who were some of the instructors that you interacted with through the school?

Carruthers: The  instructor who critiqued my pages, I believe, was either Adam or Andy Kubert, though I wasn’t sure because it really did look like Joe’s style. Excellent course though. Really gave me clear direction with my stuff.

Johnson: For a time you also did editorial cartoons. Tell us about that experience.

Carruthers: I did editorial cartoons for ten years for the local paper here on Prince Edward Island. I had to produce three a week, and it had to relate to local news. It was challenging, as I was working full-time, and I enjoyed it, but I had to stop because it was burning me out, and I really wanted to focus on comic book art only.

Johnson: How did you come to work at Malibu Comics?

Carruthers: At the time, the B&W comics were the new rage, and a lot of publishers were springing up every where. I heard through the grapevine about Eternity Comics and how they were looking for stories for their anthology Shattered Earth. I submitted, and they accepted my story! This was way back in the mid ‘80’s. This led to more work from them. They were a great group of people to work with. 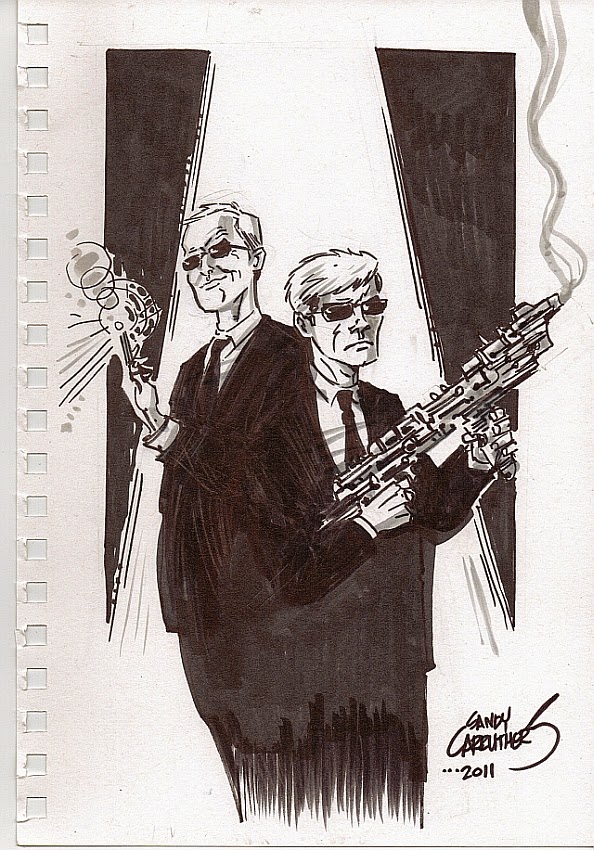 Johnson: While at Malibu, you worked on Men in Black. While doing that, did you ever have an idea it would become the hit film franchise that it did?

Carruthers: Never in a zillion years.

Johnson: You also worked on Captain Canuck, one of the most important characters to come out of Canada. How did you land that job?

Carruthers: I contacted Richard Comely when I heard he was reviving the character. I was a huge fan of George Freeman’s art and collected all of the titles when I was a kid, so it was a dream come true when Comely brought me on board to illustrate the newspaper strip. Cool, though, but man, it was a crazy deadline driven project!

Carruthers: Interesting question. When I see Canadian characters like Wolverine, I don’t see a lot of difference. I’d say the dangers would be different up here in Canada. Because our country is predominantly nature, the real threats would come from protecting our natural resources, I suppose. We’re small in population, but we’ve got a good tough attitude. It comes from surviving these winters.

Johnson: You’ve also worked on the web comic, Canadiana. Tell us about that series.

Carruthers: Canadiana was a collaborative effort with myself, Mark Shainblum, and Jeff Alward. I created her at a time I felt Canada needed a new strong hero figure. The series went on for awhile, but it essentially stopped due to our lives getting too busy. Her story can be found here: http://canadiana.comicdish.com. Mark and I have been talking about a Canadiana revival, and I’m thinking it’s not too far out there to think she may return. Time will tell.

Carruthers: I like print. I find web dissatisfying because it lacks the tactile nature. I see its merit, but I just don’t feel it’s for me personally. I like process, and I get that satisfaction from print. 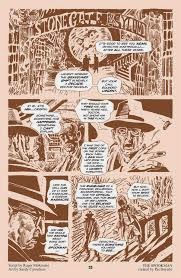 Johnson: How did you come to work for Charlton Neo?

Carruthers: I stumbled across Fester’s Arrow fan page when it was just starting. I was hooked right away. The Charlton Arrow fan page is one of the best pages on Facebook. It’s an awesome group of devoted fans who love Charlton and everything about it. When opportunity came up to draw for it, I couldn’t resist. When Charlton Neo was born I was there, and I hope will remain for a good long time!

Johnson: What projects are you working on right now for the company?

Carruthers: Currently, I’m waiting for a new script for Spookman for Charlton Action. I’m really jazzed working with a legend like Roger McKenzie on this. I’m hoping Charlton Wild Frontier’s Spirit Talker gets good buzz, because I’d love to do more with this character. Johnson: Are you working on anything outside of Charlton Neo you would like to promote?

Carruthers: I just finished a short story for a selfie with April Baird and Sylvie Ouellet called “Tales of Poe” which is coming out next month, otherwise  I’m not doing anything outside Neo at this point, as I have to currently balance this work with my full-time position as instructor here at Holland College, and there are only so many hours in a day! Eventually, I hope to be doing comics full-time, but for now I’m happy with the workload as it stands. I love everything about the medium: the research, the design and execution, and I wish to keep developing as an artist toward this goal. It’s nice too, in this day and age to have real-time connection to both fellow creators and readers. It gives the process a pulse that makes it really satisfying. It’s a great time to be producing comics!
Posted by Paul Kupperberg at 5:29 AM