Yet Still More Things He's Learned Along The Way: What's The Story?


(Note: The following was written circa 2008, thus some of the dated references) 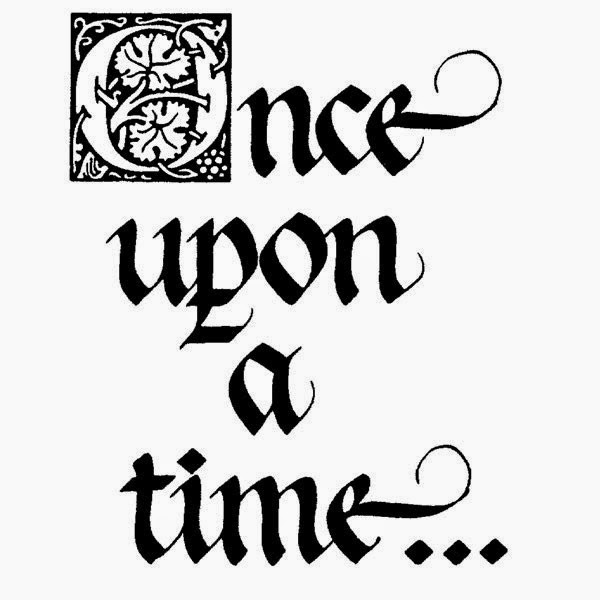 What are you writing? A novel, a short story, a TV or film script? Whatever it is, you need one thing before you can get started:

What’s it about? Not “Boy meets girl. Boy loses girls. Boy wins girl back.” That’s the plot, the mechanical “getting everybody from A to Z” part of writing. The story is “Boy finds deep emotional attachment with girl, who reminds him of his deceased wife. Boy loses girl, who thinks he’s just another loser with a sick fixation. Boy wins back girl with the realization-won-through-trial that life goes on and a living love is more precious than any memory.

Not much of a plot, but the difference should be obvious.

Should  be, but, even among professionals, it’s not always so obvious: I read an interview with the editor-in-chief of a great Metropolitan comic book company discussing the genesis of their annual company-wide-Change-The-Universe (-Again) “events.” He said he and his team of top tier writers (it doesn’t matter which company or writers; either of the Titanic Two could lay claim to this) set out to tell this universe changing story, yet they spent a week unable to find a way to approach the story that worked.

They realized, after this long, hard creative struggle that what they needed to do was tell the story from the points of view of the characters being affected. Once they had that, he said, the rest of the story just flowed. (From the results, I’d say oozed or upchucked, but who am I to argue with success?)

That brilliant conclusion—what most of us call Writing 101—took the man setting the creative direction and his hand-chosen, best-selling, top name talent writers a week to arrive at. What should have been their first thought was their one thousandth and first.

Please don’t do as they do. Always remember that, like Soylent Green, “Story is People.” It starts with a character, throws said character into a situation with emotional and/or physical consequences with other characters while yet other characters become involved in peripheral events which should at some point logically dovetail with the main story, either physically or thematically, leading to an outcome that resolves the situation through the character’s own emotional resolution. In other words, the story has to mean something to your characters if it’s going to mean anything to your readers.

John Steinbeck famously said that drama is the human heart in conflict with itself. Even if your story involves swords and dragons, or cowboys and rustlers, medieval knights or deep space explorers, your characters need to undergo the same types of emotional struggles your readers face every day of their lives. That’s why the concept of the flawed hero is so appealing: On the one hand, he can have great powers and perform miraculous rescues and feats while, on the other hand, he’s a total loser in love or can’t hold down a job. In comic books, Stan Lee’s genius had nothing to do with his choice of superpowers for his heroes, but for making them all so wonderfully flawed. Spider-Man is a stud in his leotards, but as Peter Parker, he couldn’t get laid to save his life; Reed Richards was the brilliant leader of the Fantastic Four, an emotional brick wall of a character , except when it comes to family and loyalty. Don’t even get me started on the complexities of Sub-Mariner, Doctor Doom, and Black Panther. Sure, Stan was playing with pseudo-Shakespearean themes dressed up in tights, but the stuff endures for the same reason Shakespeare does; its continued resonance with each new generation of readers. (Yes, I know; talk to me in 400 years and see if they’re still talking about Stan’s work.)

And, in truth, going back to reread some of that stuff is painful. For instance, Stan was obviously floundering (sorry; really!) with the Sub-Mariner strip in Tales to Astonish during its early years, not knowing how to play it, but he eventually found his handle and, by the time he started handing books off to Roy Thomas and those who came after to write, the character was set. Subsequent generations of writers have since left their marks (and damage), but the Namor of 1965 is the distinct ancestor of whoever it is running around the Marvel books today.

And knowing that a character like Namor has been around as long as he has, it should be easy enough for a professional writer to identity the qualities that make him Namor and write a story about that character. But they don’t. Because writers today believe it is their job to take over a book and make their mark on a character, even if that mark is contrary to or even betrays everything that’s come before. A recent issue of All-Star Batman and Robin The Boy Wonder (#10, August 2008) featuring bad words not hidden behind black bars supposed to disguise them misses the point when a printing error is blamed for the aggravation these words being visible caused, including a (mostly ineffective) recall of the issue.

The actual point is that those words—not even hidden behind black bars that aren't really black—have no place in a Batman and Robin comic book. Not even the suggestion of that language. I’m not saying you can’t use those words in print—I’ve used them and will again, so knock yourself out! But there’s a place for everything and everything in its place and the place for that language is not in a comic book featuring a character familiar to every three year old in the country. That Batman, the one who lives in a world where that language is used, isn’t the Batman. It’s Frank Miller’s Batman and it’s wrong. You never want parents being shocked and asking the question, “Is that the same Batman that’s on little Timmy’s Underoos?” because if the answer is yes, the response is that Batman’s no longer appropriate for little Timmy, not even as a pattern on his undies. And, surprise, surprise, Batman should be bigger than the people who want to mess with it.

The long-term value and concept of Batman is of far greater value than the short-term self-indulgent needs of Frank Miller or any other writer who wants to mess with it. No matter how influential a talent, the proper response by the editor (or the publisher, if the editor doesn’t have the authority to deny the 800-pound gorillas anything) should have been: “This is Batman. It is corporate policy to forbid that language or these situations in connection with him.” DC’s and Warner’s interest in Batman is far greater than anyone’s worth as a writer or artist.

Why am I ragging on Frank Miller? I’m not. I’m ragging on DC. It’s Frank’s job to try and push the envelope and (it seems to me), his delight to piss off  readers. I wish him continued success in both endeavors, but the character should always come first. Always. Things like this erode a character, slowly but surely; look how Batman’s gone from the campy “Pow! Zap! Bam!” 1960s incarnation to this new, over-the-top psychotic-on-a-mission version. Neither of them is right; the truth, as usual, lies somewhere in the middle. But you need to find that truth and be able to understand the character. They say a journey of a thousand miles starts with a single step, but if that single step is out a third story window, you’re only going to make about thirty feet of that journey before you hit the ground and go splat. A misstep in your initial, basic understanding of the characters you’re writing will have pretty much the same effect. And even if you don’t look down, you’re still going to fall.

Because if you don’t get the character right, how the hell are you supposed to know what he’ll do when he starts to make his way through your story?
© Paul Kupperberg

Posted by Paul Kupperberg at 6:57 AM