(Note: This is a post I wrote in July of 2013 for the Crazy 8 Press website, the publishing hub through which I--and my colleagues--began publishing our prose a little over three years ago. Just swap out "Crazy 8"and replace it with "Charlton Neo," read " Russ Colchamiro, Peter David, Michael Jan Friedman, Robert Greenberger, Glen Hauman, Aaron Rosenberg, and Howard Weinstein" but think Roger McKenzie, Mort Todd, and Fester Faceplant instead, and I think you'll find the ideas still apply. And, by the way, for some truly fine non-comics reading, please do check out the many novels and anthologies from the aforementioned gentlemen and myself available there. Just sayin'...) 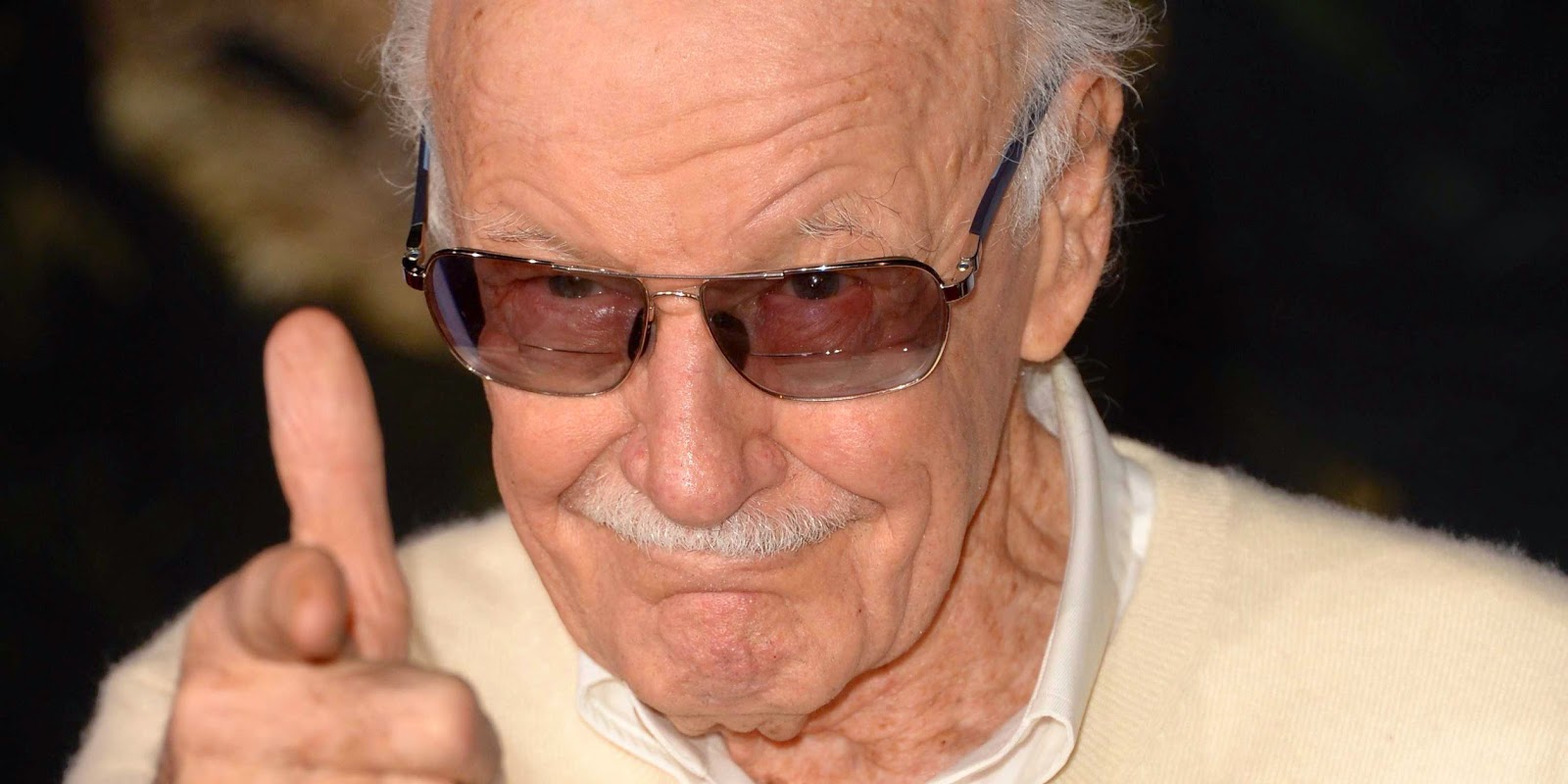 What Would Stan Lee Do?

He would sell it, baby!

If we learned nothing else from Stan the Man at the dawn of the Marvel Age of Comics, it’s that there’s no such thing as too much promotion. Stan, a natural born hail-fellow-well-met type, used his personal bombast to elevate Marvel Comics from a second-rate publisher of whatever was popular at the moment to the premiere brand in the business. And in the process, raised himself from an unknown writer/editor on the brink of quitting his job out of embarrassment over what he did for a living to becoming the only name in the industry anyone outside of the industry recognizes.

Stan may or may not have known from the get-go (probably not) that he had a tiger by the tail with The Fantastic Four, Spider-Man, and the rest of the Mighty Marvel line-up, and he likely reasoned he had nothing to lose by becoming Marvel’s (and his own biggest boaster), but however he got there, Stan recognized early on that the only way to insure Marvel’s success was to promote the bejeesus out of it, True Believers!

I invoke Stan because I of late find myself in a position similar to his in the early days of Marvel. As a member of the publishing hub called Crazy 8 Press (along with fellow writers Russ Colchamiro, Peter David, Michael Jan Friedman, Robert Greenberger, Glen Hauman, Aaron Rosenberg, and Howard Weinstein), I find myself in a pack of underdogs facing mighty tough competition in the world of publishing. Stan was competing with the Cadillac of Comics Publishing, DC Comics and its stable of superstars, not to mention Archie Comics, Harvey Comics, Dell, and a handful other publishers, each with their own line-ups of established and popular characters. Against Superman, Batman, Wonder Woman, Archie, Richie Rich, Caspar the Friendly Ghost, and the rest, who the hell were the Fantastic Four, the Hulk, Spider-Man, and Iron Man?

Crazy 8 Press is (for the purposes of the analogy) Marvel. The rest of the book publishing world is DC Comics, which not only commanded the newsstands and spinner racks, but also controlled the means of distribution; in those years, Marvel Comics nee Timely Comics nee Atlas Comics was distributed by Independent News...a company owned by DC (then known as National Periodical Publications, or NPP). Independent distributed Marvel, but limited them to something like eight or twelve titles a month.

So Stan and Marvel had nothing but obstacles in their way. They could only publish a limited number of titles and that which they did publish was up against newsstands filled with brands infinitely more recognizable than their own. 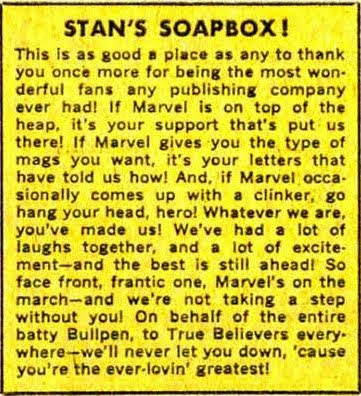 So Stan began making noise. He did this by talking directly to the readers who did discover them and, unlike stodgy DC or the publishers who didn’t bother addressing their readers at all, he invited his fans in made them a part of the excitement. The Marvel Bullpen page was nothing but one big house ad, but instead of just promoting a specific issue of a given title, it promoted the Marvel brand; on top of that, Stan’s Soapbox served to promote Stan Lee as he promoted his fellow creators and the brand. Stan “The Man” Lee, Jack “King” Kirby, “Sturdy” Steve Ditko, “Dashing” Don Heck, Gil “Sugar Lips” Kane (you hadda know Gil)...Marvel didn’t have a staff who labored in obscurity like the majority of other companies. Stan invited his readers inside the Hallowed Halls of Marvel (actually a narrow and cramped alleyway of desks and drawing boards in those early days), made them his friends, and, more importantly, enlisted them as his allies in the quest to Mine Theirs Marvel. And it worked. In a relatively few short years, especially once freed from the restrictions of Independent News, Marvel Comics was eating DC’s lunch...and continued to do so, more or less consistently, ever since.

Love him or leave him, no one can deny that Stan Lee was, is, and remains the Hype-Master General of comic books!

I spent this weekend just past in Baltimore at Shore Leave 35, a Star Trek themed convention that, while small, is about the most author/creator-friendly environment I’ve ever encountered in a convention setting. I was there with the Crazy 8 crew, celebrating the imprint’s second anniversary and the release of, among other things, my mystery novel, The Same Old Story, and the third volume of the ReDeus anthology series, Native Lands (co-created with Greenberger and Rosenberg).

In addition to signings and panels, we also met to discuss what lies ahead for Crazy 8; we’ve got the books to sell (more than two dozen titles published thus far) with more (many more!) on the way...but the major item on our agenda was finding better ways to promote and sell our wares. I’m not talking about channels of distribution--all our titles are available at Amazon and Barnes & Noble as paperbacks or for the Kindle or the Nook, likewise from our Print On Demand publisher CreateSpace, which you can link to directly from the Crazy 8 website, and even direct from the authors themselves.

No, what we mostly talked about was how to make the world aware of what we’re up to. We all have Facebook pages, Twitter accounts, and other forms of social media that we work, but the big question was: How do we cut through the chatter of the hundreds of millions of other users to make ourselves heard? And, more importantly, how do we do it on the near-zero budget of a small, creator owned independent imprint? For now, the answer is (to quote an old Robert Klein routine), “Volume!”

And by volume, I mean persistence, and by persistence I mean, incessant tweeting, endless postings on Facebook, and constant begging of those who follow us to re-tweet and share our postings. By persistence, I mean working our eight individual voices so that we’re talking together and talking to our fans and readers. By persistence, I mean making pains in the ass of ourselves and hoping you’ll forgive our persistence and recognize that we’re doing it not because we like being pains in the ass but because we’re trying to accomplish something here, something that the big publishing houses who once did this for novelists at our level are no longer interested in or able to do. 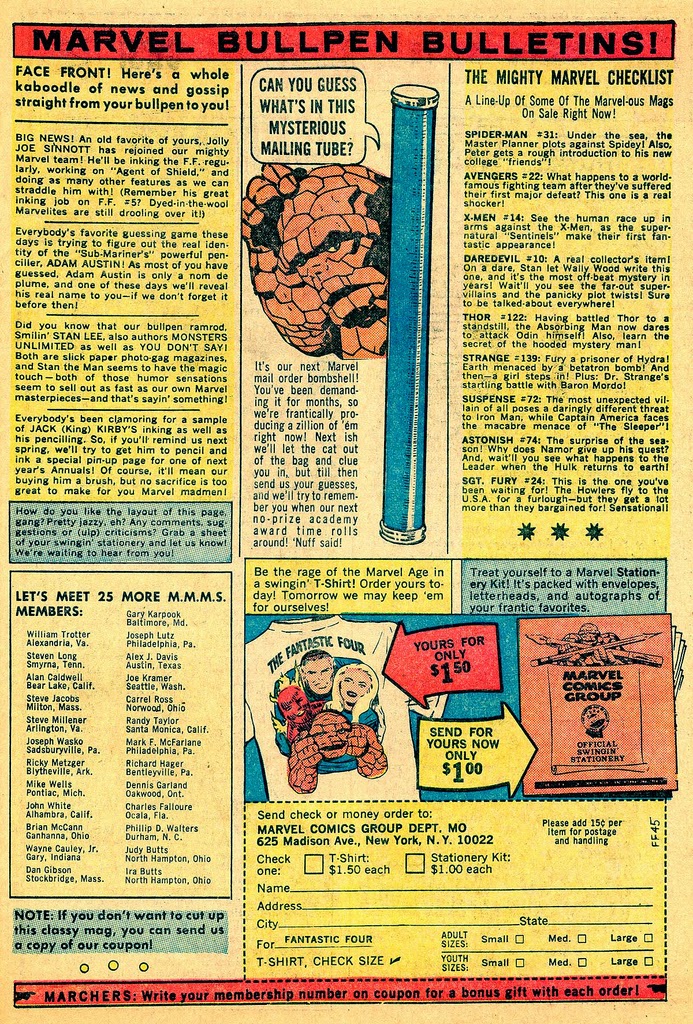 We’re just doing what Stan Lee would do, but instead of confining it to a Bullpen Page or Stan’s Soapbox, we’ve got to reach a much more scattered audience faced with more distractions than just whether to read Marvel or DC or Dell or Archie. Re-tweet us. Share our posts on your Facebook page. Do whatever it is people do on Tumblr and the rest of the social media sites. Support us if you like something that any of us have written in the past. Support us if you believe in the future and viability of small, independent presses. Support us if you are currently or hope to one day be part of something like Crazy 8 Press yourself. The paradigm is shifting and we’re just trying to shift with it, but we can’t do it without your help and support, and I don’t just mean by buying our books (although that’s not such a bad idea, either).

In the end, we all believe we’ve got the goods, that what we’re hyping is, like Stan’s Marvel Comics of yore, the real deal, written by professional authors with I don’t know how many scores of years of professional experience, credits, and awards between us.

So, if I or any of my fellow Crazy 8 authors start to get on your nerves, please forgive us. We’re just doing What Stan Lee Would Do...hoping to grab you by your imagination, and inviting you to come along for what he hoped will be the creative ride of your life.