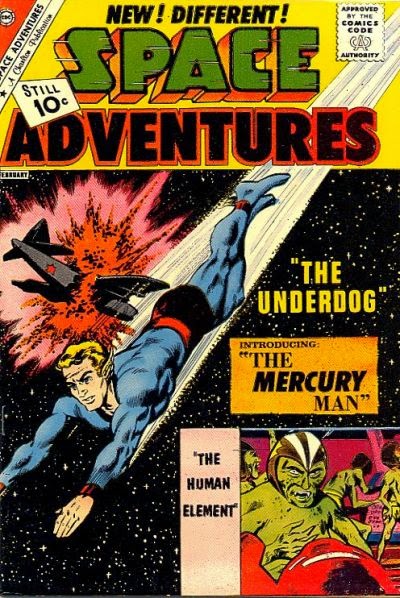 One of the reasons Charlton Comics were so precious to many fans were that like gold, the books were hard to come by. The company had their own distribution arm, but that limb didn't have much of a reach at times.   However, in East Central Illinois where I grew up in the Sixties, Charltons were often the only comics we could get. Apparently, the local magazine distributor grew weary of paying those pesky Independent News receipts every month. This meant that even given the less-than-perfect magazine distribution before comic shops came into existence, it might be a couple of months or even years between issues of some comics from DC or Marvel.

On the other hand, the Charltons showed up every week with the laser-precision of a Swiss pocket watch. I'd much rather have read Action Comics or Strange Tales than Fightin' Air Force, mind you. However, enjoying comics and wanting fresh material, I sampled the Charltons when nothing else arrived on the spinner rack that week.

I liked the short-lived strips like Mercury Man and all the "Space" stories. However, like every right-thinking comics fan, I dug the later Action Heroes like crazy and enjoyed the scary books too. Even Go-Go was fun, but my more "manly" pals mocked me more than usual for reading a "girls" funnybook.

I recognized that the guy who wasn't doing The Amazing Spider-Man any more was now worked at Charlton again on a new version of The Blue Beetle. This one was a lot more fun than Dan Garrett, I had to admit  Still, I waited for that familiar scarab to pop up.

I really enjoyed Dick Giordano's editing as much as his artwork and I loved Jim Aparo and Rocke Mastroserio's work, but it took me a while to appreciate that "Nicholas Alascia" guy. 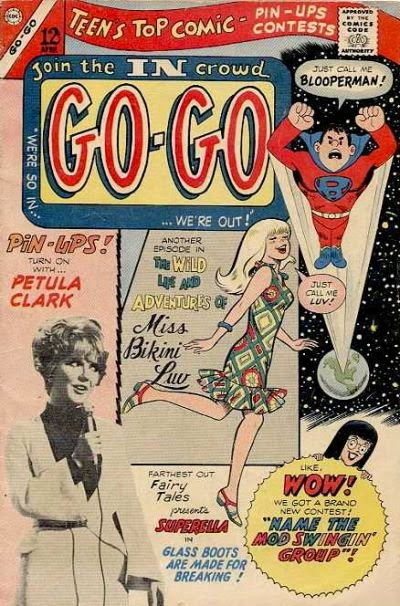 By the late Sixties, the distributor finally caught up on his bills. DC and Marvel titles began to push the Archies, Towers, and Charltons off the stands, so for a couple of years, I concentrated on the Big Two as if to make up for lost time. Every now and then, though, I'd notice Popeye, The Phantom, L. Dedd and Dr. Graves silently pleading from the wire racks for my hard-earned change.

But for the most part, I'd pushed the Charlton's off my "gotta have" list.

Then one day I noticed a new Charlton title, Primus, based on a then-current TV show. Since I enjoyed the program, I optimistically thumbed through the magazine, starting with the credits. I recalled Joe Gill's name from the Action Hero days. However, a newcomer named Joe Staton was handling the artwork and it was pretty darned good. I added the comic to my stack and re-read it a couple dozen times over the next several days.

I realized I missed those Charltons.

As a result of enjoying Primus so much, I began purchasing Charltons again. I knew that some of the glory days' talent had moved on to DC, but here was a whole new set of creators to enjoy. Nicola Cuti, Paul Kupperberg, Sanho Kim, John Byrne, Bob Layton, Don Newton, and Mike Zeck, as well as longtime veterans like Tom Sutton, Wally Wood, and Jack Abel. Of course, Steve Ditko never went away and was every bit as awesome as ever.

Soon, my refreshed interest in Charlton inspired me to take up the pen and submit my own writing. However, that's another blog entry for another day. 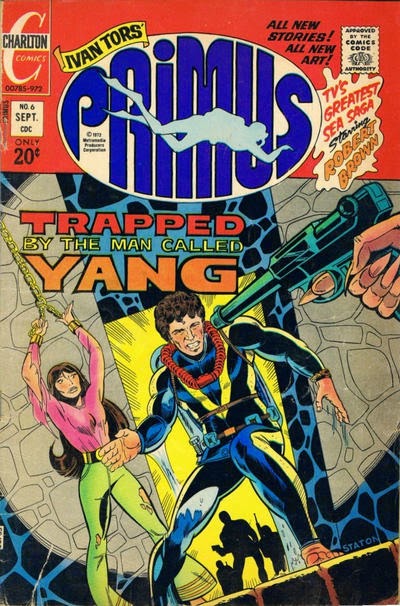 They were never as flashy as the product coming out of DC and Marvel, but I fell in love with Charlton during that second buying period. Like another company I admired, Tower Comics, the books had character and a unique marketplace identity along with a great mix of new and upcoming talent.

Even better, this time, my purchases came by choice, not from a lack of alternatives. I could finally see the beauty in the work and solid craftsmanship in the art and writing. Plus, it was fun to pick up the back issues and see who went on the larger publishers.

Now with new material coming out from The Charlton Arrow and the rest of the Neo group of spin-offs, the magic begins again…this time minus the miserly local distributor.

© Brian K. Morris
Posted by Paul Kupperberg at 5:12 AM