Neo Inker Barbara Kaalberg: Keeping Us In The Black 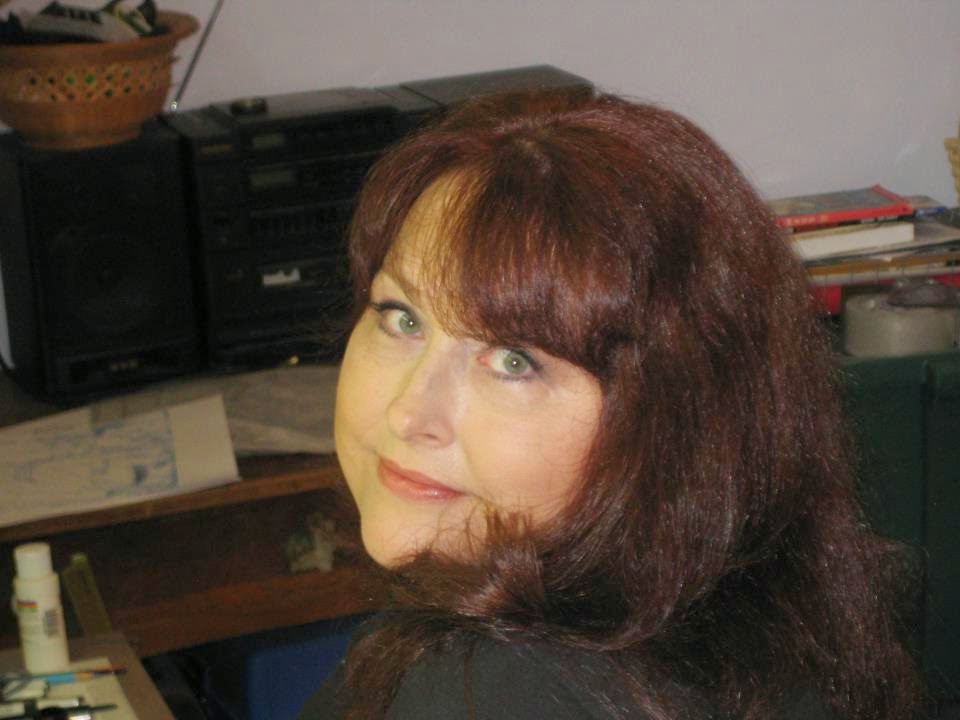 When the word went out that Charlton Neo was putting together a creative team for a new line of comic books, one of the first people that Excutive Editor Paul Kupperberg reached out to was inker Barbara Kaalberg. Kaalberg, a twenty-plus years vet in the industry, has been instrumental in making some of the Charlton Neo artwork the slickest and best it can be. She’s one busy lady, but thankfully I was able to catch up with her for a short interview.

Dan Johnson: How did you come to work in comics and how did you get into inking?

Barbara Kaalberg: I was a stay at home Mom in the 80’s with a half-finished art degree and my youngest getting ready to go off to school. While browsing in Walden’s Bookstore one day I ran across the Elfquest graphic novels. I was blown away by Wendy Pini’s art. I’d read superhero comics while growing up, but Wendy’s art just spoke to me. I’d been painting for years, but suddenly I’m looking at these luscious inks and I said to myself “I could take my brushes and do this!” I literally just packed up all the art I had in a portfolio large enough to haul a body in and set off for San Diego Comic Con in 1988. Talk about a lamb among the wolves! I did all the wrong things and had not a single clue what I was doing, but I attended how-to seminars...Dick Giordano’s inking seminar was amazing! I still remember it vividly over a quarter century later. I talked to people and asked questions. I watched everything and hung out in artists alley. I took a completely useless portfolio, but I came home with ideas and a goal. I did nothing but practice inking for a solid year, went back to SDCC the following year, and came home with a job offer.

Johnson: What are some of the projects you worked on before coming to Charlton Neo? 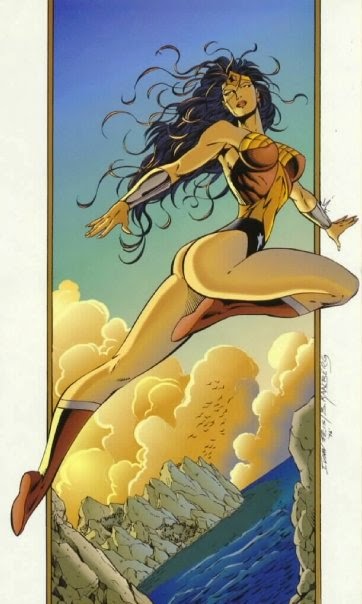 Kaalberg: I’ve had a pretty prolific career so that’s a loaded question.  I’ve done well over 3,000 pages of inked material, even though I took a decade off. I spent all of the 90’s putting two books, plus covers and cards, out per month. Several books in the Ultraverse line for Malibu Comics (Solitaire was my fave there), books for Innovation, Now Comics, Acclaim Comics, Dark Horse, Image (another favorite; Mike Baron’s The Badger), Marvel and even WaRP Graphics’ Elfquest offshoot books, so I came back to my original muse that way. DC Comics, however, was my major mainstay. I worked the entire Primal Force series from conception to end and did Impulse for 2 1/2 years as well as many other one-shots and shorts for Superman, Wonder Woman, Green Lantern, Hawkman and more. You can find a fairly comprehensive list at the Comic Book Database.

Johnson: Who have been some of your favorite pencillers to work with and why?

Kaalberg: I have had so many awesome pencillers! Craig Rousseau, Rags Morales, Dean Zachary, Rick Hoberg, Ken Hooper, Mel Rubi, Joyce Chin, and Ed Benes to name just a few and I've loved them all. I have a very adaptable, versatile style and every penciller brings their own personality to the pages and that makes it fun. My goal is to enhance but never bury or overpower the pencils. I like to keep my pencillers happy. I think the Solitaire series over Jeff Johnson (and my all time favorite cover for Solitaire #1) and Impulse over Ethan Van Sciver may edge out the others by the tiniest margin, however. 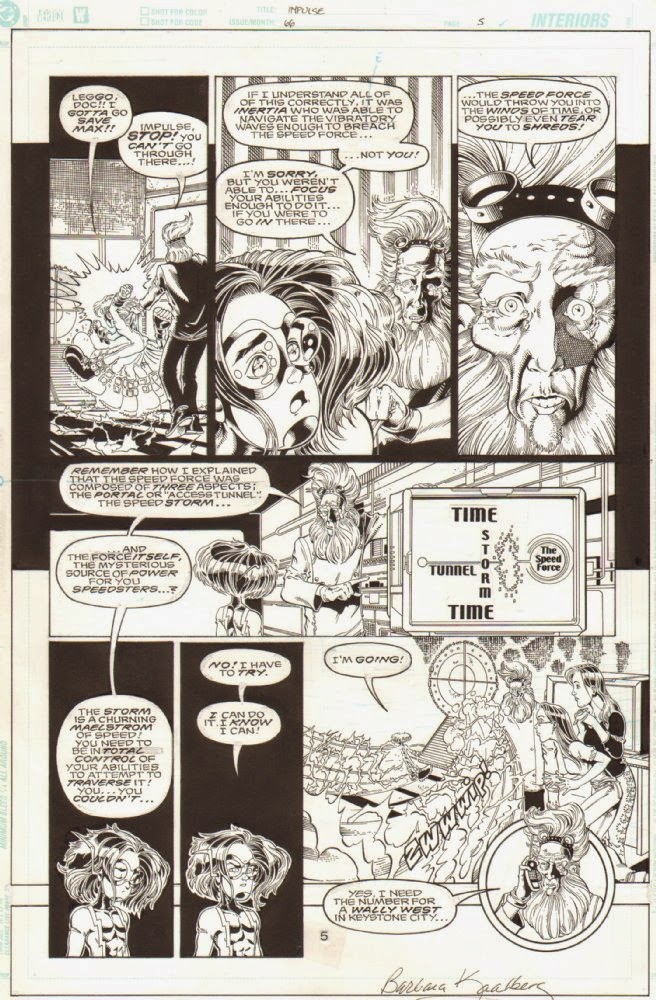 Johnson: You have been with Charlton Neo since the beginning. I mean you inked the very first story that appeared in Charlton Arrow #1. How did you come to be a part of the company?

Kaalberg: Oh, that’s easy! Paul Kupperberg. Paul was one of two editors at DC willing to put their faith in a woman inker. It was a very tough gig back then to get in with the “Big Two” as a woman creator (not it’s that much better now, actually). The smaller publishers were very open minded and gave me anything and everything to ink, but mainstream superheroes seemed to be a men only club.  Marvel had a tendency to want to stick me only on Barbie and Disney books, but would throw me a small superhero bone occasionally. Paul and Kevin Dooley at DC put me on superheroes right away. You know how rare that was back then? Paul and I have said for years that we would love to work together again, so when Charlton Arrow #1 came into being, he contacted me and the rest is history!

Johnson: Did you ever have any idea that The Charlton Arrow, as a fanzine, would spawn a brand-new comic book company?

Kaalberg: Hey, Teenage Mutant Ninja Turtles started out as a little, B&W book financed by a tax return so this wasn’t out of the realm of possibilities. When I saw the line up of creators that wanted to contribute, I knew we were on to something.

Johnson: What are some of the projects you are working on for the company at this time?

Kaalberg: I just finished “My Heart Took Wings” for Paul Kupperberg’s Secret Romances #1. Pat and Tim Kennedy’s pencils were so crisp and clean. I hope to be able to work with them again. I’ll be starting a Western called Tokada soon with you and Kevin Halter. I love Kevin’s organic pencils and I love Westerns so it’s a win/win for me. 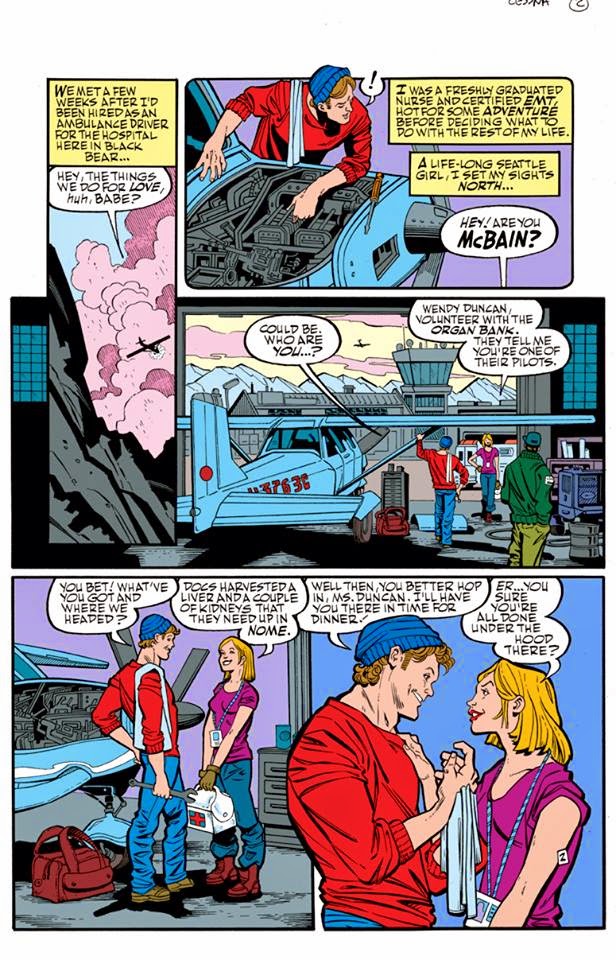 Johnson: Besides doing some amazing inks, you’ve also been instrumental in bringing some other female creators to Charlton Neo’s attention. Who are some of the women you would like to see eventually working for the company?

Kaalberg: Ohhh, wish list?  Amanda Conner, Joyce Chin (both of whom I’ve worked with before), June Brigman, Anina Bennet, Renae De Liz, Eva Hopkins, Ann Nocenti, Maggie Thompson, and a host of others I’m sure I’m forgetting at the moment, so forgive me!

Johnson: Speaking just to the women out there who might be reading this, what advice would you give them in regards to breaking into the comics business?

Kaalberg: The first thing you have to remember is that this is your business. Your career. Be professional, be confident, be persistant. Grow a tough skin. Don’t let yourself be a doormat, but don’t be a whiner, either. Find other women creators and network. Know your skills and market them. Again, I can’t stress this enough; be a professional. Art is a passion, but you can’t eat or pay your mortgage with passion alone. Comics is a part of the entertainment industry, with all the foibles and quirks that come with. It’s crazy and fun and scary and hard. It’s challenging and frustrating and fleeting and enduring and quixotic. But mostly it’s addictive. Once you’re in, it’s in your blood and, even if you leave it as I did for awhile, you can never shake it. It calls to you. 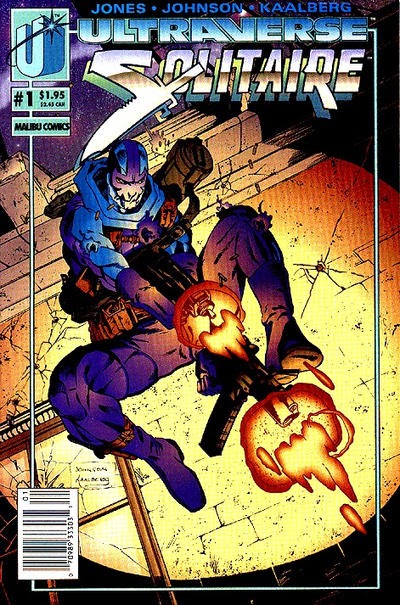 Johnson: And speaking to both any potential male and female inkers, what is the best advice you can give them about pursing inking as a career?

Kaalberg: Practice. A lot. Seriously, after I decided on my course, inking, I spent a couple of months just filling blank pages with lines. Straight lines, curved lines, diagonal, horizontal, crosshatched, circles, thick, thin, thick to thin, thin to thick. Page after page after page. Just lines, side by side. But I learned control. I had total mastery over my instruments. Only then did I acquire pencil samples to practice on.  Study the effects, line weights and texturing of some of the greats like Joe Sinnott, Bob McLeod, Wendy Pini, and especially Wally Wood, amongst many others (a Facebook question on the best inkers will give lots of input to choose from). Put together a portfolio. Choose just 6 to 8 examples of 11’ x 17” photocopies, both before and after pages. Select a good sampling of your best work that includes both pin-ups and sequential art. Editors will not comb through a lot of stuff and they quickly get an idea of what you are capable of. Be prepared to take harsh critiques. They are not personal attacks. Those editors are telling you what they are looking for in an inker. Listen, learn, thank them for their time, then try again, if necessary. And again. And again. Persistence pays off.
Posted by Paul Kupperberg at 4:19 AM