Win A Copy of BACK ISSUE #79: The Charlton Action Heroes Issue 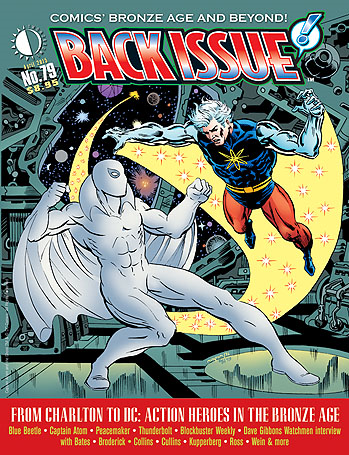 I noticed recently that the number of members at the Charlton Neo Facebook Page has been growing pretty steadily. That is good, but you know what? I think we can crank those numbers up a lot more. And one of the ways we can do that is by offering you folks a chance to win some swag!

In March, 2015, TwoMorrows will be releasing Back Issue #79. The focus of this issue is the Charlton Action Heroes in the Bronze Age. I have two articles in this issue: An interview with Dave Gibbons about Watchmen, and the influence the Action Heroes had on this ground-breaking mini-series, and an article on DC’s Comics’ late 80’s Peacemaker mini-series by Paul Kupperberg and Tod Smith. And you know what? I’m giving two of my comp copies away to a couple of lucky winners!

So, how do you go about winning ? Simple. To be eligible for the first copy, all you have to do is join the Charlton Neo Facebook Page!

That’s it. Just become a member of our Facebook Page and you’ll be entered into the drawing for one of the issues.

Now, I know some of you are asking, “But what if I’m already a member of this Facebook Page? How can I win?” Simple! You’re ALREADY entered to win the other copy of the magazine. That’s right! One copy will go to a lucky winner who signs up with us starting now and the other will go to one of our loyal, current members.

So, if you’re already a member, good luck! Your job is already done and you’re in the running! If you’re not currently a member of the Charlton Neo Facebook Page, you have until March 1, 2015 to come join us! And when you do, you’ll not only be in the running for the drawing, but you’ll learn all about the exciting comics Charlton Neo Media is preparing for release in 2015! So even if you don’t get the magazine, you’ll still be a winner! 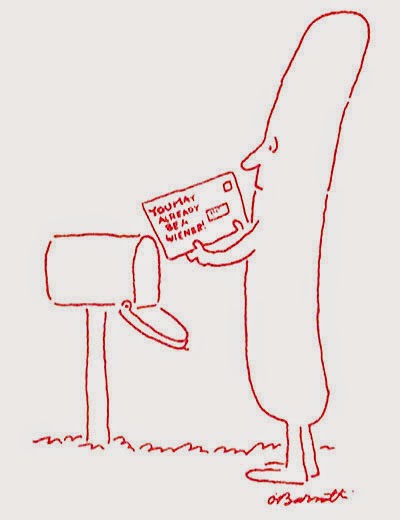 Posted by Paul Kupperberg at 5:23 AM