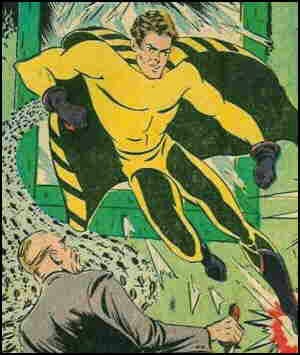 I gotta tell you, if I have to read another proposal for a revival of the Yellowjacket, I’m going to scream. I mean...he was a hero who kept a bee in his freakin’ belt buckle that he would release to buzz around to befuddle the bad guys.

Look, it’s called the “Golden Age” not because of the overwhelming awesomeness of the majority of comic books published during it, but because like the classical “ages of Man’ from which the term was taken, it was the first period of comic books.  Yes, there was some great stuff published during the period (you can argue among yourselves specifically which stuff that is), and it saw the birth of the form and the creation of some its greatest characters and the medium’s visual vocabulary, but most of the Golden Age characters and stories were pretty lame. The stories were simplistic, even nonsensical, and the art was often as not little better than a step above amateur. For every Spirit by Will Eisner or Plastic Man by Jack Cole, there were scores of Yellowjackets or Madame Fatals.

That’s not to say these lesser creations didn’t have a certain charm and appeal, even if most of them come off as having been created by inserting random nouns in front of “man” or “girl.” I can point to any number of features from that era that I’m really fond of and will happily reread for old time’s sake. But they are products of their time and place and don’t really work outside that historic context. What might have worked for the 8-year old reader or entertainment starved G.I. in 1944 is just plain silly for the (arguably) more sophisticated readers of today. 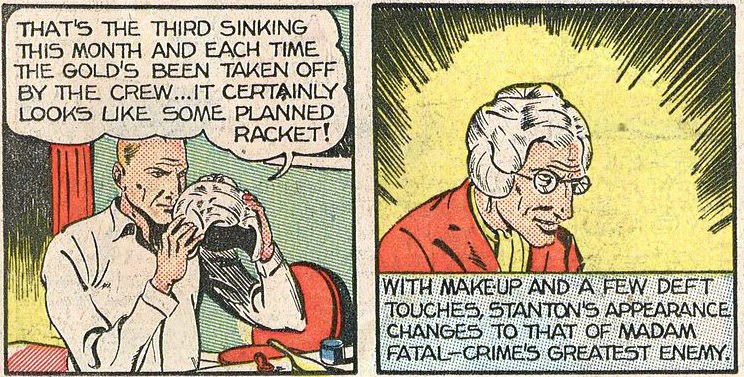 I walked into Julie Schwartz’s office circa 1983 once to find him shaking his head in despair over the script he was reading. After first making sure that it wasn’t one of my scripts eliciting this reaction, I asked Julie what was wrong.


“It’s another one of those damned archaeologists,” he growled. (Julie was a world class growler.)

“One of those writers who are always digging up some fahcocktah old character and bringing them back instead of coming up with something original. And you know what they call me!” he declared.

I sure did: B.O. (Be Original) Schwartz. 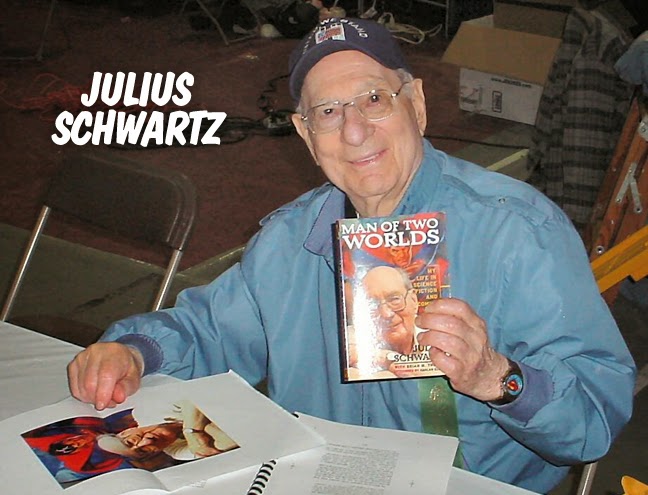 While few editors had revived as many characters as Julie had in his career (The Flash, Green Lantern, Atom, Hawkman, to name a few), he would always reinvent them from the ground up instead of settling for a mere resurrection. And his reinventions were done not out of choice but under orders from his corporate bosses. Given his druthers, Julie would rather have created something like Adam Strange from scratch.

I don’t deny that early on, The Charlton Arrow (myself included) had some fun digging up the oldies from Charlton Classic to play with. But as we began evolving from TCA to Neo, we began to shift our focus from the old to the new. Roger McKenzie’s Spookman was already a ground up rebuild. My own Cheyenne Kid, Kid Montana, and Colonel Whiteshroud, Monster Hunter (coming up in TCA #4) stories were originally written for TCA before the Neo line and spin-off titles like Wild Frontier were even a gleam in our eyes. But going forward, neither Roger or I will be bringing back many Classic Charlton characters.

We’re going to focus on our own creations, in the spirit of what came before and not without the occasional nod to what came before (as with my upcoming Charlton Noir series, “Digger” Graves, Paranormal P.I., who is the son of Dr. Graves but as different from his old man as can be)...but leaving the past in the past, where it belongs. Just the other day, someone asked about submitting a proposal for a series bringing back one of Charlton Classic's horror hosts. My response was, "If you think you've got a fresh, contemporary slant on him, go for it!" Neo means "new," not "retro."

So, do as we do and as B.O. Schwartz--arguably the greatest editor in the history of the medium--recommended: “Be Original.” And please...no more Yellowjacket.