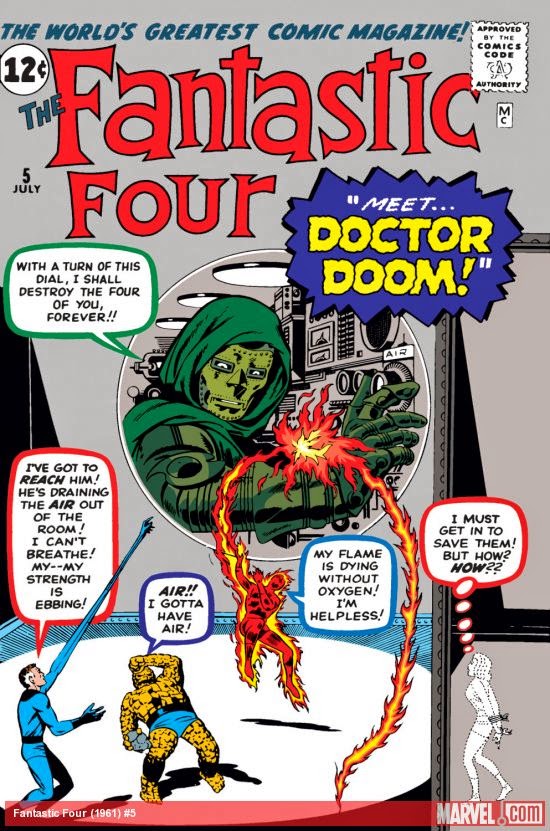 You reach a point in life where the road ahead doesn’t feel nearly as long as the one behind. And you start to look back a lot more often. At least I do. So it was with bittersweet feelings that I read about Marvel’s decision to cancel the Fantastic Four comic book.

That was the very first Marvel comic book I bought off the spinner rack way back down that road I’ve traveled. Fantastic Four #5, to be exact. And it changed my life, literally. And my road.

It was…magic. And  remained so for many years. Years I spent reading. And writing my then fanboy/nerdy comic book stories and characters on an old Smith-Corona portable typewriter. Until, eventually, I somehow managed to become good enough to write professionally. And even at Marvel!

But somewhere along that road things changed. The characters I’d always loved turned into…properties. And the magic died. I’d left Marvel before that happened, and I’m glad I did. I don’t think my heart could have taken it.

My road led, eventually, to The Charlton Arrow and, from that humble beginning, Checkmate Comics and Charlton Neo. Where the “Old School” magic still lives. And I’m glad for that. Because, you see, the stories and characters that we love to write and draw for our fans are a part of us. Not just “properties” owned by some mega-corporation.

I’m not even saying that’s necessarily a bad thing. But, looking back down that long road and waving goodbye to my old friends, Reed, Sue, Ben, and Johnny…and looking ahead to my new friends, Mr. Mixit, Gabriel Travest, Ink, Liberty, Shark, and others waiting in the wings….it just doesn’t seem to be MY road…© Roger McKenzie
Posted by Paul Kupperberg at 5:08 AM