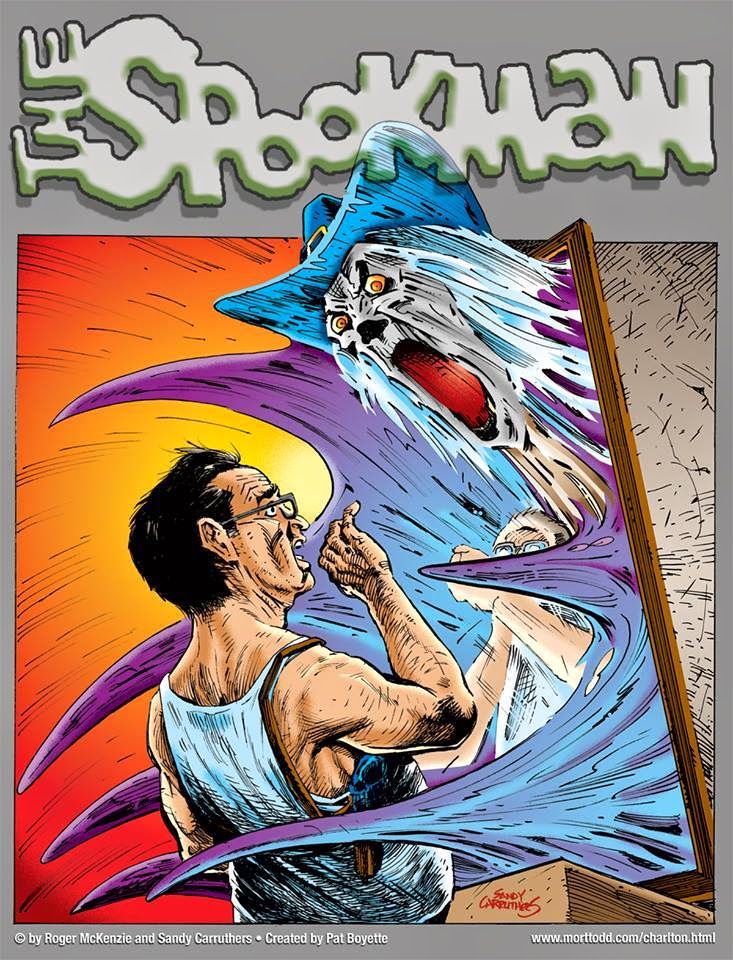 So there I sat, staring at an empty composition book, wondering what the hell I’d gotten myself into. It had been a long time since I’d done anything like this. Maybe too long. Maybe I didn’t have it anymore. Whatever “it” was.

Still, I’d decided to give writing comic books one more run. And I’d allowed our founding father, Fester Faceplant, to talk me into doing a new Spookman story for the first issue of his (then) fanzine, The Charlton Arrow. That was a year and a half, and as it turned out, quite a few stories ago.

But I still remember the feeling of sitting there, staring at all those blank pages. And thinking back…remembering far too few of the good times I’d had writing comics. And far too many of the bad.

Now there’s something you gotta understand about me. I’m not a good list keeper. I suck at designing elaborate projection models, spreadsheets, and intricate, “floor plans” of story arcs describing in minute detail where the story/character’s going to be 12 issues down the road. Most of the time I’m not real sure what’s going to happen on the next page. Much less a year from now.

But that is the fun of writing comic books for me. The journey. Never really knowing what’s around the next curve. Or when the road’s suddenly going to veer this way or that. Where the story is going to take me!

Which brings me back to those blank pages. And that monster known as self-doubt who had built quite a stronghold in my mind. And liked to whisper all the what if things. “What if you can’t do this? What if your story’s no good? What if nobody likes it?” Sure, I had lots of doubts as I stared at those blank pages wondering what I was going to write.

But I had my magic words, too. Thankfully, I hadn’t forgotten them. I think whenever creators do forget them, the magic leaves comic books. And takes all the fun right along with it. Since that day, and with the incredible grassroots success of not only Spookman (due in no small part, by the way, of artist Sandy Carruthers!), but of The Charlton Arrow and Charlton Neo as well, what I hear fans tell us quite often is that we have brought the fun back.

It’s sad to think that the fun had ever left. But it had. Overwhelmed, it seems, by “corporate comics” in a steady downward spiral of “superhero sludge.”

So, anyway, I thought I’d share my “magic words” with the aspiring newbies out there. And perhaps even a few pros that may have gotten worn down by the system over the years. Those words are, quite simply: