It’s a sequel almost 40 years in the making!

Well, not really. It’s more like a sequel that I never really thought about doing, or, in fact, had the opportunity to do for almost 40 years. In 1975, after several years laboring in the fields of fandom and hovering on the periphery of prodom, I sold my first comic book script to Charlton Comics, a 5-page sword & sorcery story called “Distress” (as in “a damsel in...”). It was a decent enough if overwrought little story about an itinerant sword-for-hire duped into going to the rescue of the aforementioned damsel in distress...who (spoiler alert!) turns out to be a vampire for whose dinner he has been lured to provide. The end.

The story appeared in Scary Tales #3 (December 1975), the first of some one thousand or so stories I would go on to write and publish over the coming decades. It was drawn by Mike Zeck, himself only a couple of years into what would become a distinguished career in comics, and was important to me more for being my first professional sale and published story than for any reasons of quality or pride. 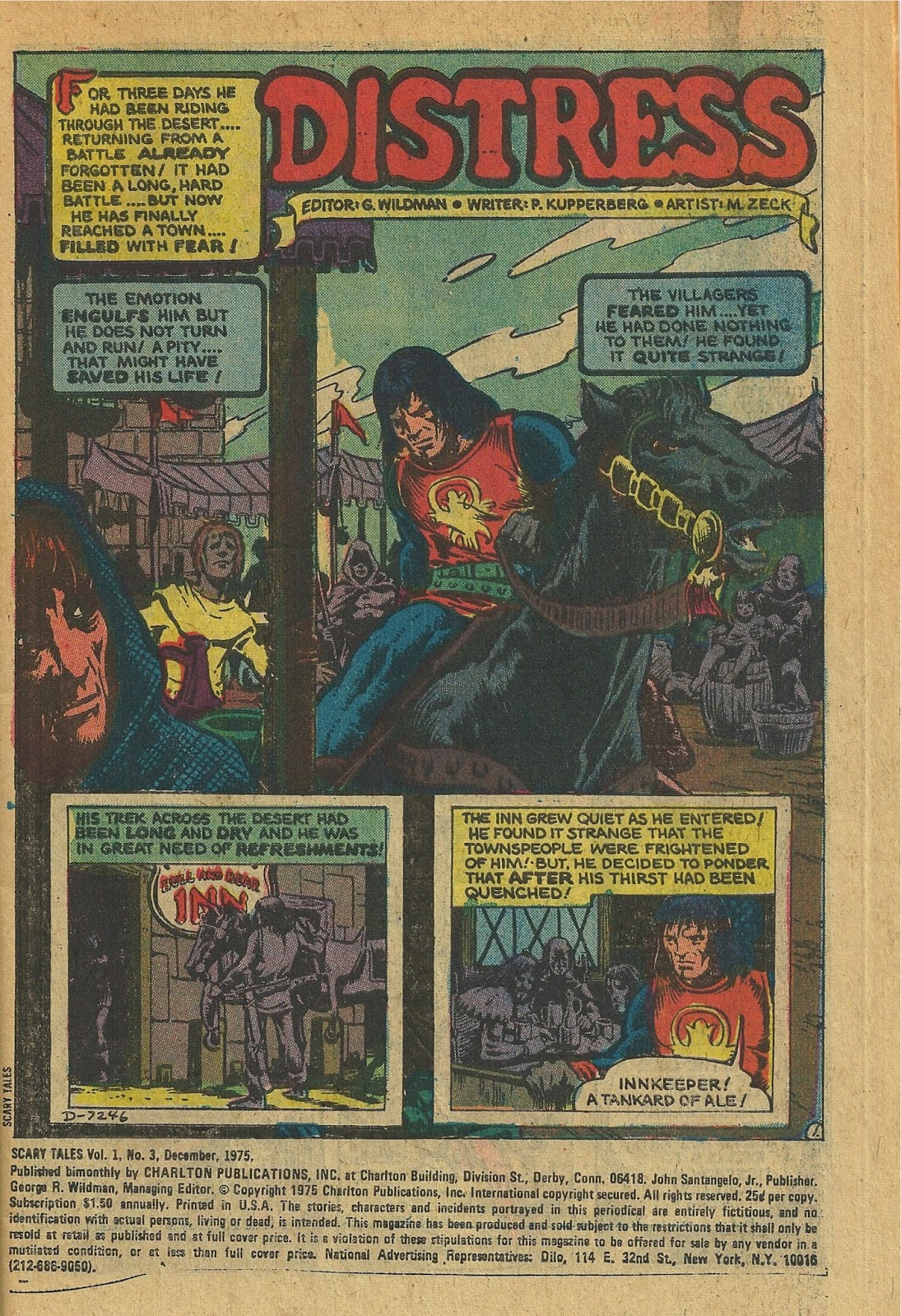 Then, in 2013, came The Charlton Arrow, that Facebook group turned fanzine turned comic book turned nascent publishing group, and someone’s suggestion that I do a new story, a sequel with the character from “Distress.” On the face of it, not a bad idea; The Arrow (and now Neo) was/is after all, all about creating new stories in the same variety of genres for which Charlton Comics itself was known.

The problem was, “Distress” had ended with my sword-for-hire having the fangs of the vampiric damsel sunk into his neck. And the guy didn’t even have a name. Rereading that little classic, I didn’t see much there on which to hang any sort of sequel. But...maybe a prequel? The medieval world of sorcery implied by that 5-pager gave me plenty of wiggle room to play with the tropes of sword & sorcery. And, let’s face it, there’s nothing that’s actually impossible in any genre of comic book story thanks in large part to what I’ve come to call the “Ultimate Nullifier Effect,” (named for the denouncement device the FF used against Galactus in the classic Fantastic Four #50 by Lee and Kirby in 1966; remind me to tell you about it some day).

So as I do with such conundrums, I left the problem to burble around in the back of my mind for a while until the answer finally broke through to the forefront and, with a little creative massaging, I had a story, originally entitled “A Scary Tale,” in homage to the comic in which the original story first appeared. But wiser editorial minds came up with the suggestion, based on the name I had tagged my sword-for-hire character with, of the punnier “Turis Trap.”

One script and the efforts of the talented artist Neil Vokes and colorist Matt Webb later, the result of those nearly 40 years (sort of) in the making can be seen in The CharltonArrow #3, available for pre-order now!