Son of Things He Learned Along the Way: Thought, The Enemy of Art

Another of Neo writer/Exec Editor Paul Kupperberg's columns on writing from a few years back at ComicsCareer.com. 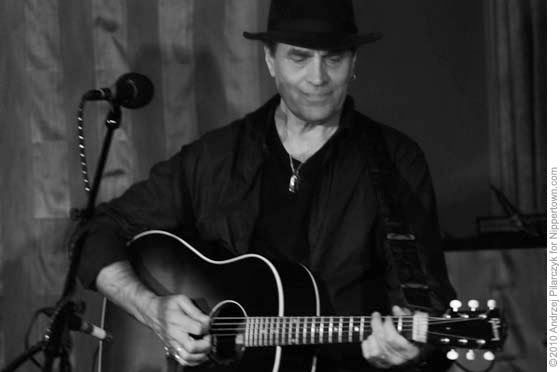 Several years ago, my then wife and our soon-to-turn 12-year old son (who’s now a college freshman) and I went to see Eric Andersen, a 1960s folk singer we like, play at a small club in a neighboring town. Andersen is one of these guys who travels by himself, playing small clubs and bars here in the States (he’s a much bigger name in certain parts of Europe but likes to come home and perform for us old hippies every year or so) and accessible during intermission and after the show to sell you some CDs, sign stuff or just talk. We had been to enough of his shows that he recognized us as regulars. This was the first time we brought the kid, who is a musician himself (a drummer, studying for about four years at that time).

After the show, we went up to say hello. Our son told Andersen that he was also a musician, played in a band (he still does, Palehound, which has become quite a thing on the East Coast indie music scene), and asked Andersen if he had any advise for performing. Andersen took our son aside and spoke privately to him for a few minutes. After we’d said our good-byes and left we asked what the singer had told him. This is, boiled down to its essence, what he said:

Don’t think. Thought is the enemy of art. And forget about the audience. You’re not playing for them, you’re playing for yourself. Make yourself happy and your audience will be happy too.

That’s pretty deep advise to lay on a 12-year newbie, but I’m glad he did it, and I'm glad the kid had enough on the ball to understand what the singer was saying; not that you have disdain for the audience, but that you have respect for the music first and that will come through to the audience. I’ve been telling the kid that his entire life, from the moment he could pick up a crayon and started to worry or get frustrated about coloring outside the lines or using the wrong color for Spider-Man’s costume.

There are no rules in art. There is no right or wrong.

He asked me, several years back, why he had to learn all these rules of grammar. He was never going to need to know how to diagram a sentence in real life. Besides, I’m a professional writer and I can’t articulate half the rules of grammar, plus, I break the rules all the time when I write. True, I agreed, but at one time I did know them and could diagram a sentence and, to this very day, though I may not be able to name the parts of speech (a dangling whatthewhosis?), I know when something is wrong and I can fix it. And, besides that, I said:

Yes, I break the rules because there are no rules in art. And, before you start breaking the rules for artistic (or any reason), you first have to know what the rules are.

I pointed out to him that as a musician, he first had to learn how to read music, then play it by the metronome and by the book before he started to learn jazz and how to improvise. It reminds me of the legendary comic book artist Alex Toth, known for his (brilliantly!) minimalist style, who said:

I spent the first half of my career learning what to put into a picture and the second half what to leave out.

That’s art: Learn it, then turn your back on it and make your own way. Just take the step. Don’t think about it. 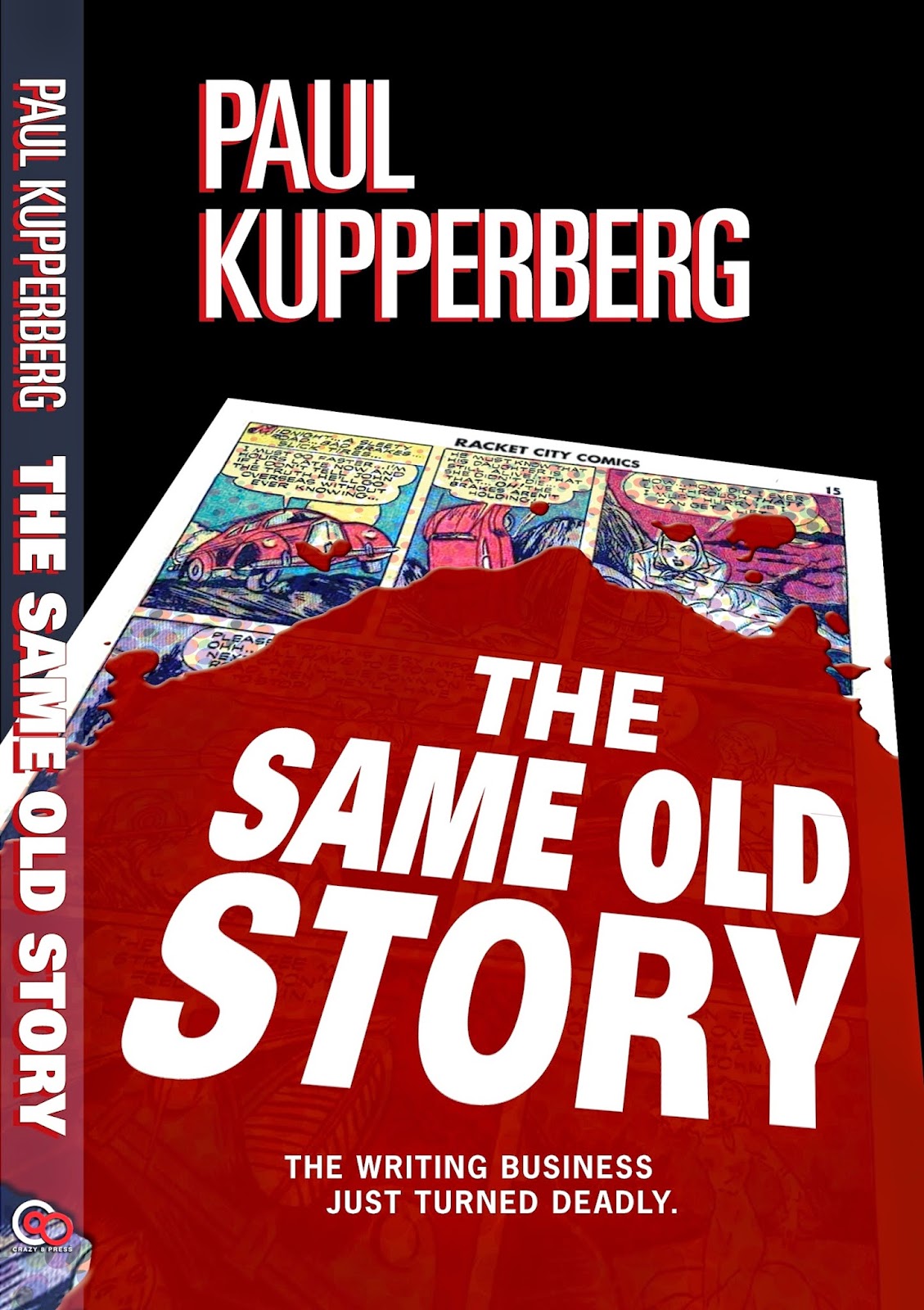 Well…it doesn’t and it does. Sure, you sit down and say, okay, in this scene, I want to achieve this thing that either moves the plot forward or reveals something about your characters, or both. In my mystery novel (a 1950s period story), I have one scene intended to convey new clues to the police detective; he’s talking to a waitress and short order cook in a diner and, while they drop the requisite information and plot points under his questioning, the scene took on a life of its own and became a set piece more about the character’s love of pie (he eats 3 or 4 slices during the interview) and his integrity (he won’t take the pie as a freebie and insists on paying because he intends to come back often for the pie and wants to be a welcome visitor instead of a crooked cop on the take).

If had thought about doing a character bit like that, it would have come off as clunky and unconvincing, but by just letting it flow from the process of writing the information I needed into the story, it turned into the one chapter two out of the four people who have read/are reading it have mentioned.

The real heart of your story comes out in those moments, the unplanned character bits, the spur of the moment inspiration that turns a minor character into a major player…another thing that happened in my mystery; this having elements of pastiche to it, I used the by-then deceased Julie Schwartz, a DC Comics editor since 1944 who I got to know thirty years later than the period in which the book is set, intending to use him in one scene, just as a tip of the hat to a man for whom I cared very much. But art knows no reason and Julie wound up coming back in later on in the book and, in fact, ends being a sort of Dr. Watson to my detective’s Sherlock Holmes—didn’t plan that, never would have planned that, but it happened and, without thinking, I went with the flow.

Another example: in a Justice Society of America novel I wrote a few years back, the heroes are all down and about to bite the big one at the hands of the bad guys. The POV character for the book, Mister Terrific, a one-time Olympic athlete, flashesback to his only competitive defeat, a loss by like 2/10th of a second becausehe allowed himself to be distracted by how his competitor was running his race. It’s maybe 800, 1000 words out of 85,000, but that little flashback, the frustration of not only reliving that moment but of repeating it now when the stakes weren’t a silver medal instead of a gold one, but his and his comrade’s lives as well as the lives of countless innocents, is one of four or five in the book that stand out to me as what these characters are about, not just events that push the story forward (although they do that, too).

Plotting is a mechanical structure: One comic book I know creates elaborate charts of story direction, individual character arcs, introduction of subplots, how long they play out, secondary and tertiary subplots and how they evolve to become major subplot and then the main plot. He can, on the down and dirty, connect the Leggos-level of sheer mechanical plotting, wipe the floor with me. My plotting in comics, even ones I wrote over two, three, or four year stretches, was usually ad hoc, based on some broad outline that I, sort of, knew where it was headed. Unless I changed my mind and went somewhere else because my free-form plotting allowed me the room to do that. With his plotting, once you start pulling on one thread, the whole sweater starts to unravel.

I’m not bound by the specs of the plot-machine he builds for himself. He has said he envies my ability to write that way, more from the gut and less from the head. The gut is where the passion and the juice come from. The head is where rational thought lies. You want about 25% of the latter and 75% of the former in your work. Know where you’re going, understand the mode of transportation you’ve chosen to take you there, but don’t be bound by some route you’ve laid out on the map before you even left the garage. Take detours, visit interesting roadside attractions, cut across land marked with “No Trespassing” signs, leave the blacktop and explore some dirt roads, and stop every now and then for a couple or four slices of pie at that diner you pass along the way.

Just do it, but whatever else...don’t think!