Charlton Neo's open submission policy has lead to a tsunami of material from writers and artists. Some of it from working professionals, some from creators just starting out in the field, and, the majority, from those looking to break into the comics field. Sure, everybody has story ideas. Some good, some bad, some indifferent...but, as Neo Executive Editor and writer Paul Kupperberg (with about 1,000 published comic book stories under his belt for Neo, DC Comics, Archie Comics, Bongo, Marvel, and others) pointed out in a column he wrote some years back for the website ComicsCareer.com, not every idea is precious. Not even his. Especially his...

Things I've Learned Along the Way: Boo!
By Paul Kupperberg 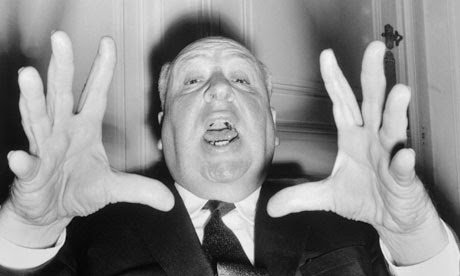 I recently saw a clip from an old interview with Alfred Hitchcock. Mike Douglas asked him where his interest in mystery and suspense came from and Hitchcock responded it came when he was still just a baby.

“I was just laying there in my mother’s arms, minding my own business,” said the master (and I paraphrase), “when she looked down at me and said ‘Boo!’ Scared the hell out of me.”

Hitchcock was known for his sense of humor (often cruel; he once fed a character actor laxative and then left the poor guy handcuffed to the camera over lunch; another incident had him leaving his daughter, an actress in several of his films and who suffered from a fear of heights, at the top of a Ferris wheel at the end of the day’s shooting) and the story is, of course, what my people call a bubbemeiser, or an old wife’s tale. But it was (a) a great line, which (b) got me to thinking: Where do ideas come from, really?

Some years ago, the idea for a comic book series that I wound up writing for almost 4 years popped into my head while I was sitting on the crapper reading something that had nothing to do with the idea I just had. I will not tell you which series that was so as to deprive you all of the obvious critical ammunition that story provides, but the point is (as I will get to in a later installment), “thought is the enemy of art.”

I have had ideas, major ones for entire books, minor ones that solved a current creative conundrums, triggered by a word, a thought, a picture, a scent. Ideas are all around, in the air, along with oxygen, nitrogen and all the other ‘gens’. They’re squatting beside that face you spot on a bench or riding the subway. They’re hiding between the lines of a newspaper article. They’re bobbing against the shores of a writer’s subconscious like trash washed onto the beach by the tide. Not every idea is a gem. Please, don’t ever think that. That’s death for a writer. The old truth got to be so old because it’s so true, hackneyed though it may have come to sound: “Kill your darlings.” You’ve got to be willing to sacrifice the best sentence ever written by a human being in any language if it doesn’t fit or is a detriment to what you’re writing. The moment you find yourself thinking “Gotta save this sentence/paragraph/image/metaphor” is the moment you should be hitting the delete button.

Another hackneyed truth, Ted Sturgeon’s Law: “90% of everything is crap.”

Some are good, sure. I mean, c’mon, we’re talking about hitting an average of 1 out of 100…a chimp can make odds like that work for him. Trust me. I have. But you know it. Sure, write it down on your scrap paper or in your hardbound vellum-paged memory book, just don’t fall in love with it. It’s only gonna break your heart when it turns out to, y’know…suck. But that’s cool. Part of being a pro (“When the going gets weird, the weird turn pro!”, Hunter S. Thompson) is being able to separate the crap from the gold. A lot of that comes with practice, which means actually telling someone these bad ideas and being ridiculed for how lame you are.

Stop, think, percolate. Let ideas bubble around in your head before you commit to them. Don’t rush them. Do I have to tell you what happens if you don’t let a loaf of bread bake long enough?

Look, the idea for that long-running long comic series didn’t just “pop” into my head while I was otherwise disposed. The need for the idea, for a certain sort of hero in a certain genre had been percolating around in my mind for a couple of weeks. My subconscious, my id, the little teeny-weeny man with a word processor who test drives all ideas before feeding them into my conscious  brain...whoever, whatever the hell makes it happen, I know if I need something (a plot, a pitch), my best bet is to do my research, stir it around with a little thought, maybe even jot some notes, and then forget about it. Let the process do its thing and wait for the light bulb moment.

How does that work?

I dunno. I get asked all the time, “Where do you get your ideas?”

I have a variety of answers:

(a) “A subscription service out of Altoona that sends me 2 dozen ideas every month that I pick from and pay for what I use.”

(c) “Automatic writing. I just lay my fingers on the keyboard and out it comes.”

Does anyone ever ask a plumber how he knows how to fix a clogged trap? Or, “Gee, doc, where in the world did you ever learn to remove a spleen like that?” No, because they know that there’s apprenticeships and schooling and residencies for doctor, etc. Well, the reason I became a writer in the first place was because I had all these stories in my head I wanted to tell, somehow. And, over a long apprenticeship, learning my trade through the practice of it, I gradually started learning how to do it. Before I can take out a spleen, I have to learn where it is, what it looks like, what it does, and how it’s connected to everything else. Before I can write a successful story, I need to learn all the same stuff, except no one dies when I made a stupid mistake and there’s far less blood, except when I’m trying to change the ink cartridge in the fax machine.

It isn’t magic or voodoo. It just feels that way, but it works the same for writers and artists as it does for scientists and engineers. You know Einstein had one of those “E equals mc hammer…nein, nein…mc, mc…squared! Eureka!” moments while taking a dump, same as I did. It’s the way the machine works, processing information like a computer, but instead of crunching numbers, we crunch concepts and ideas, symbols and metaphors. Those take longer, and, since the machine has so much else to process just in terms of daily upkeep—driving, walking, breathing, what’s for lunch? Cheetos or Snickers bar?—the complicated stuff processes in the background. When it’s ready, bing!, the little light goes on and the punch card with the answer pops out.

Posted by Paul Kupperberg at 6:55 AM