Henry Ford said about his Model T Ford, "Any customer can have a car painted any color that he wants so long as it is black." It's hard not to translate that to the thinking behind current day corporate comics: "Any reader can have any genre of comic book they want so long as it is superheroes."

At Neo, we love comics. All kinds of comics in every genre. Superheroes, sure, but also Western, action/adventure, horror, science fiction, fantasy, war, hot rod, humor, funny animal...and romance. We absolutely love love and love comics. Which is why we've chosen romance as the subject of the second new Neo title (after the Western Wild Frontier, available in November!), the 2-issue miniseries Paul Kupperberg's Secret Romances!

And for covers, we have the legendary and prolific Charlton Classic romance artist Jose Luis Garcia-Lopez on #1, and for #2, the Harvey and Eisner Awards nominated and Emmy Award winning Dean Haspiel, a sneak peak of which we are proud to share: 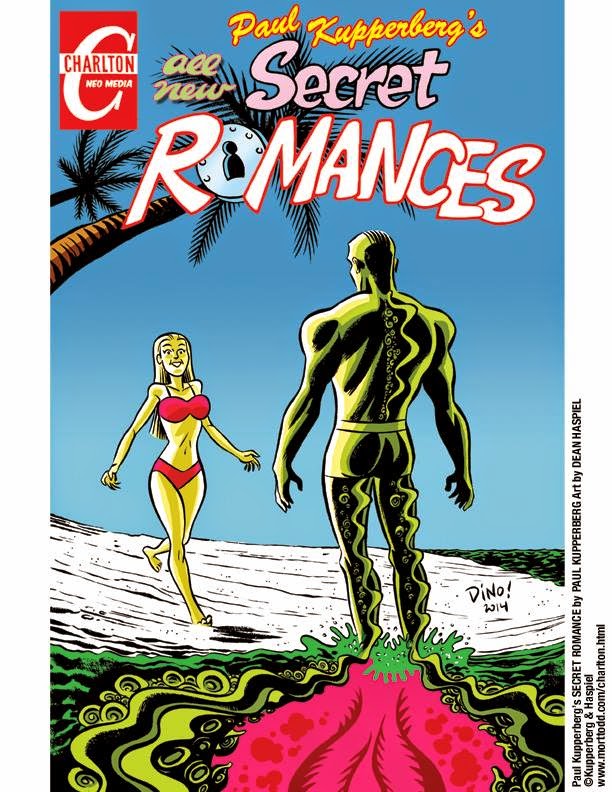 Available in February 2015: Paul Kupperberg's Secret Romances #1...where "Happily Ever After" isn't what it used to be!
Posted by Paul Kupperberg at 7:06 AM