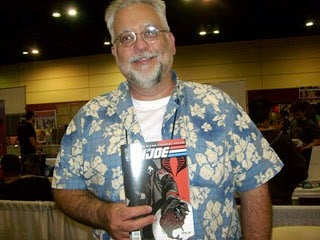 When Charlton Neo announced that it was going to begin publishing a brand new line of comic books, the overwhelmingly positive response from comics professionals looking to join in on the fun was impressive indeed. After all, Charlton Neo is offering a place for seasoned writers and artists to have fun again and we want to make comic books as exciting for our creators as we do our readers.

One of those seasoned names who joined our ranks was writer Chuck Dixon. Dixon, known for his work on various Batman and Punisher titles, has already hit the ground running at Charlton Neo, as you will see when you read his following interview.

Dan Johnson: When did you first learn about Charlton Neo and what made

you decide to start writing for the company?

Chuck Dixon: I saw the postings on Facebook and that guys like Paul Kupperberg and Roger McKenzie were involved. In spite of that I was interested. When the subject of Westerns came up I offered the guys two unpublished, creator owned, Western stories I had.

Johnson: Right! That was the first thing that I heard you had submitted to the company. Both of these stories will be appearing in the premiere issue of  Wild Frontier. The first story, “The Soiled Dove,” features artwork by the late Eduardo Barreto. What can you tell us about the story? 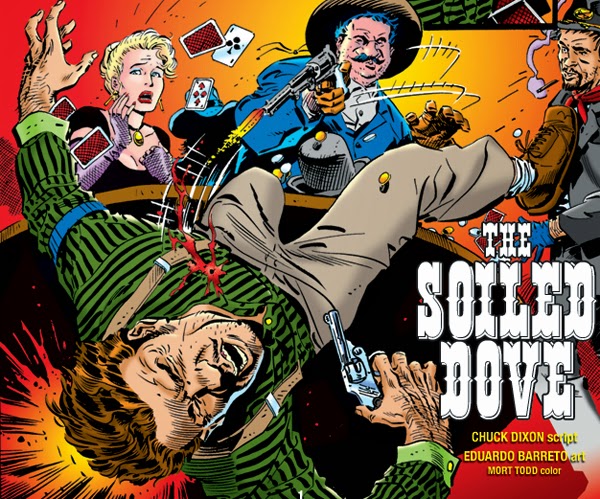 Dixon: It was originally assigned to Ed and I by an editor on the revived Weird Western Tales at Vertigo. Long story short, the story never ran and Ed and I were never paid. So it belonged to us! But where to put a stand-alone 7 page Western story?

Johnson:  The second story, “Trapped Out,”  has art by Gary Kwapisz. Was this also done for Weird Western Tales?

Dixon:  The Gary story is one I commissioned for a Western anthology I was going to publish on my own. That never got done because publishing is like work, man!

Johnson: Will you be submitting more stories to Wild Frontier?

Dixon: If they'll have me! I love Westerns!

Johnson: Besides the Western story, you're also doing something for Charlton Action, correct?

Dixon: I'm getting to do a big action superhero pastiche with Neil Vokes! Neil and I have know each other since we were fanboys struggling to go pro. It's about damned time we worked together!

Johnson: What can you tell us about the superhero feature you're doing for Charlton Action? Any hints as to what it will be about?

Dixon:  I don't want to give too much away. Let's just say it's Big Action superhero pastiche. It's the Superman story I always promised to write for Neil Vokes, but never got around to. Sort of.

Johnson: Charlton Neo prides itself on offering a wide range of genres, not just superhero books. Is there any particular  genre you're looking forward to tackling next for the company?

Dixon: Well, Westerns and war are always favorites. But I've always wanted to do a romance story. It's the only genre I've never been published in. I wrote two issues of a gothic romance monthly when I was at CrossGen, but it never made it to publication.

Johnson: Every day Charlton Neo is  recruiting more and more talent. Is there anyone in the business you would like to invite to come play in the sandbox? 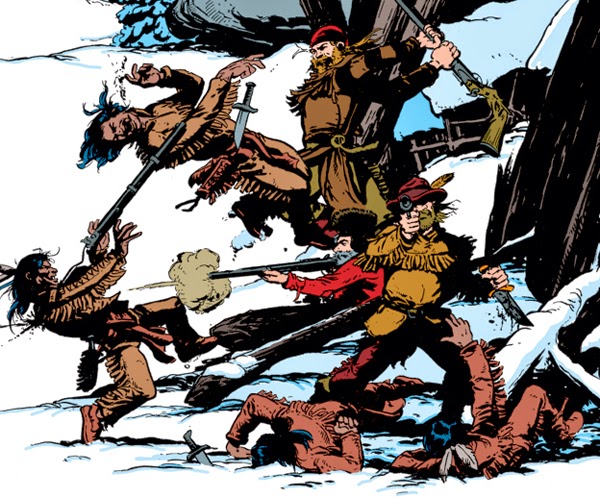 Dixon: Too many to list! I think Graham Nolan and I could have some fun on a Western. And cut me and Quique Alcatena loose on any kind of Ditkoesque madness! And I'd love a chance to work with Rick Burchett again.

Johnson: Besides your work for Charlton Neo, what else can your fans expect to see from you in the near future? What else do you have coming out?

Dixon: I have Winterworld, an ongoing monthly at IDW and my own series of SF novels, Bad Times, about a band of time travelling U.S. Army Rangers, available at Amazon in print and on Kindle.
Posted by Paul Kupperberg at 3:47 PM